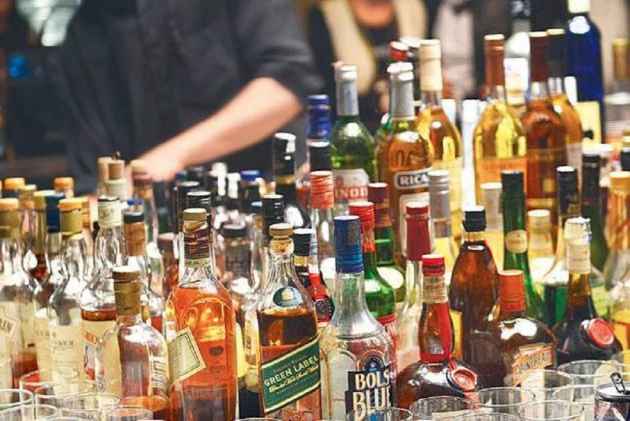 The Supreme Court today said the liquor manufacturers in Bihar shall not apply for renewal of licence for potable alcohol but this would not debar them from applying for licences for industrial liquor in the state.

A three-judge bench headed by Justice Dipak Misra said this after the liquor manufacturers said they were neither manufacturing potable liquor, nor converting industrial alcohol into liquor which is suitable for drinking.

The apex court also issued a notice to the respondent on the plea filed by the Bihar government challenging the Patna High Court's May 3 order asking the state to consider the case of liquor manufacturers for renewal of licences in accordance with law.

Senior advocate Mukul Rohatgi, appearing for the Bihar government, told the apex court that there was a complete ban on liquor in Bihar and the idea was to manufacture industrial alcohol in the state.

"In a dry state, how can there be a wet point. This is a wet point if the licence is for potable alcohol," he said.

However, the counsel appearing for Bihar Distillers and Bottlers Pvt Ltd said they were only seeking renewal of licences for manufacturing industrial liquor which is allowed in the state."We are not manufacturing potable liquor. This is not even sold in Bihar. The state has to be fair," he said.

The bench fixed the matter for hearing after 10 weeks.

On May 29, the apex court had granted an extension of two months till July 31 to liquor manufacturers from Bihar to dispose of their old stocks of alcoholic beverages worth over Rs 200 crore outside the state.

On October 7, 2016, the apex court had stayed the operation of Patna High Court judgement quashing the state's law banning sale and consumption of all types of liquor, saying liquor and fundamental rights "do not go together".

However, after the law was set aside by the high court, Bihar government had come out with a new law banning sale and consumption of liquor which was notified on October 2, 2016.

It had notified the Bihar Prohibition and Excise Act, 2016 to ensure that the ban on sale and consumption of alcohol including Indian Made Foreign Liquor (IMFL) as well spiced and domestic liquor, continued in the state.