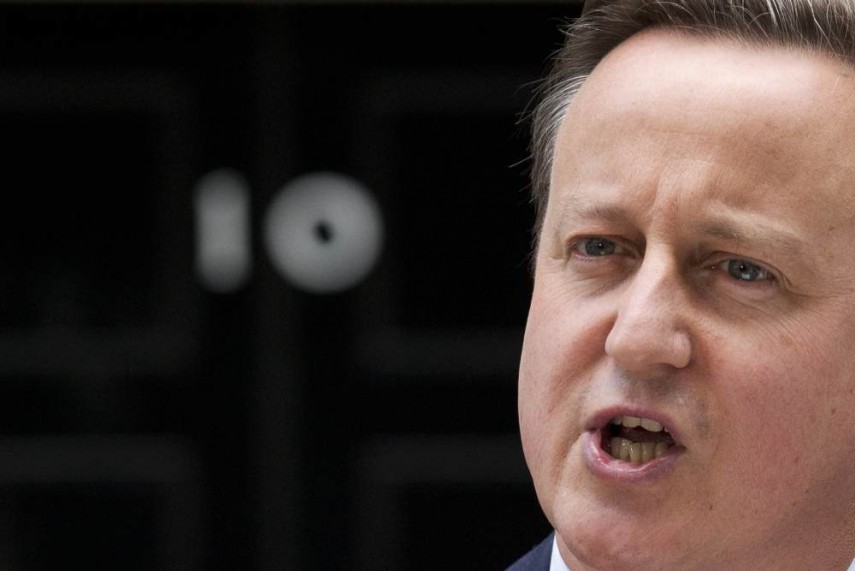 Britain will not tolerate intolerance, outgoing Prime Minister David Cameron said today after it emerged that over 100 incidents of racial abuse and hate crimes have been reported since the UK voted to leave the EU.

"We should be absolutely clear that this government will not tolerate intolerance... Intimidating migrants, telling them they need to go home," the Prime Minister's Downing Street spokesperson said.

Britain witnessed over 100 incidents of racial abuse and hate crimes, including alleged racist graffiti and cards reading "no more Polish vermin" posted outside a school.

Scotland Yard was called in to inspect suspected graffiti found on the front entrance of the Polish Social and Cultural Association (POSK) in London early morning yesterday.

"We are investigating the racially motivated criminal damage on a building," Metropolitan Police said, urging any witnesses to come forward.

Cambridgeshire Constabulary was also investigating racism reports around laminated signs calling on people to leave the UK being posted through the doors of members of the Polish community in Huntingdon in the east of England.

Detective Superintendent Martin Brunning of the Constabulary said: "The production and distribution of this and any other similar material is committing the crime of inciting racial hatred."

According to reports from the 'Cambridge News', a number of cards saying "Leave the EU/No more Polish vermin" in both English and Polish were found outside St Peter's school.

Meanwhile, two men were arrested in Birmingham after a protest outside a mosque on Saturday where police confiscated a banner with the slogan "rapefugees not welcome".

Officers were also investigating reports from Upton Park, east London, where a witness said that he went to the aid of a Polish man and his father who were beaten up on Saturday night.

Such crimes carry a maximum sentence of seven years in prison.

Baroness Warsi, the Conservative peer who stopped supporting Leave because of the anti-immigrant tone of the campaign, said the "atmosphere on the street is not good".

"I've spent most of the weekend talking to organisations, individuals and activists who work in the area of race hate crime, who monitor hate crime. They have shown some really disturbing early results from people being stopped in the street and saying look, we voted Leave, it's time for you to leave," she said.

Many of the incidents seem to show the mistaken belief that EU citizens living in the UK will be forced to leave the country instantly as a result of the referendum result.