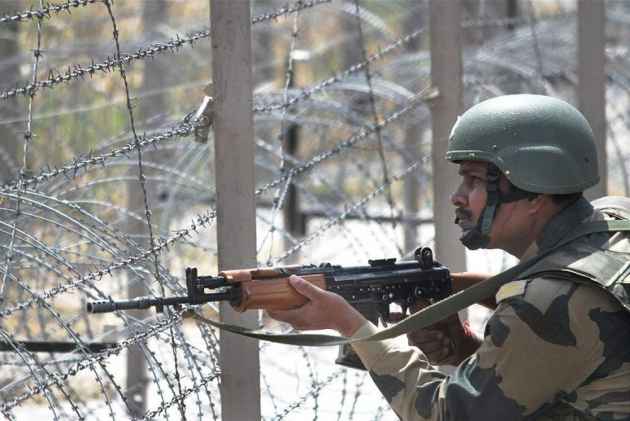 The Comptroller and Auditor General has slammed the state-run Ordnance Factory Board (OFB) for critical deficiency in availability of ammunition to the Army.

In a scathing report, which was tabled in the Parliament today, the CAG also criticised the OFB for inadequate quality of ammunition supplied to the Army since March 2013.

The CAG said despite serious concerns highlighted in a high-level report on 'Ammunition management in Army' in 2015, no significant improvement took place in the critical deficiency in availability of ammunition and quality of ammunition supplied by the OFB.

"Shortfall in meeting the production target by OFB continued. Further, majority of the procurement cases from other than OFB which were initiated by Army headquarters during 2009-13 were pending as of January 2017," the CAG said in the report.

"Further, the project itself did not achieve its objective despite an expenditure of Rs 49.50 crore," the CAG observed.

The report also highlighted alleged irregularities and inefficiencies by various other entities relating to defence services.

The CAG also criticised the heavy vehicle factory in Avadi in Tamil Nadu for delays in supply of T-72 bridge laying tanks (BLT) which were scheduled to be delivered in a phased manner during 2012-2017.

The auditor blamed frequent changes in the design of T-72 BLT for delay in the project.

The heavy vehicles factory (HVF) also faced criticism from the CAG for placing an order for radiators to be fitted in T-90 tanks on a firm which had no prior experience of manufacturing them.

"The Factory accepted Radiators worth Rs 2.78 crore which did not conform to the stipulated technical requirements and rendered T-90 tanks fitted with such Radiators unacceptable to Army," the CAG said.

The report also said the Director General, National Cadet Corps gave contracts to overhaul 34 engines of microlite aircraft at a cost exceeding 50 per cent of the cost of a new engine, in deviation from the laid down procedure.

"Further, additional 110 microlite aircraft were procured at a cost of Rs 52.91 crore despite low utilisation of the existing fleet," it said.

The auditor also took strong note of the Combat Vehicles Research and Development Establishment (CVRDE), Avadi procuring 20 LAHAT missiles in spite of reservation of the foreign supplier due to technical constraints.

"During demonstration trials, the missiles failed to achieve the stipulated criteria/range of 1200M to 1500M. Army refused to accept the missile, thereby the payment of Rs 19.53 crore made to the supplier was rendered infructuous," it said.

In another finding, the CAG came down hard on the Army's Director General Military Intelligence for alleged violations of procedure in procurement of 20 numbers of Photowrite Systems and said 11 of them became non-functional within 3 to 22 months of procurement resulting in loss of Rs 21.28 crore.