The Comptroller and Auditor General (CAG) has found that the Employees State Insurance Corporation (ESIC) had irregularly incurred an expenditure of nearly 2.3 crore for renovating the Office of the Labour Minister in the year 2010.

The report, which was presented in Parliament today, contains the result of performance audit of ESIC for the period between 2008-09 and 2012-13.

As per section 28 of the ESIC Act read with ESI (Central) Rules, 1950, the ESIC may incur expenditure under the administrative expenses head for defraying expenses on maintenance of office building, purchase of furniture and office equipment in respect of offices of the Corporation.

However, the audit noted that the ESIC, on a specific directive of the Labour and Employment Secretary in May 2010, initiated the process of renovating the office of the Minister, who is also holding ex-officio post of ESIC Chairman in Shram Shakti Bhavan.

Based on the initial estimates submitted by a firm, the Director General of ESIC in June 2010 sanctioned an amount of Rs 42.87 lakh for the renovation work. The work was awarded with the condition to complete the work in a span of 15 days between June 9 and 24, 2010, the report said.

Later, the ESIC approved part-2 of the modification/rectification and repair work with a sanctioned cost of Rs 1.51 crore in August 2010. The scope of the work was revised and due to extensions, the total cost escalated to Rs. 2.29 crore, the report said.

The report underlined that though the Minister of Labour and Employment is ex-officio Chairman of the ESIC, the Office of the Minister at Shram Shakti Bhawan does not constitute an exclusive office building of the ESIC.

"ESIC stated that the renovation work was executed to facilitate access/dissemination of data/information with regard to functioning of ESIC through IT rollout," the CAG stated.

The reply, the report said, was not relevant as items executed were other than IT rollout and furthermore ESIC cannot be put to use in a building that is not in an exclusive possession of ESIC.

Secondly, all investments for IT rollout project were to be incurred by System Integrator, as per BOOT (Build, Own, Operate and Transfer) model of agreement, the report said.

The CAG has also found that approximately 12,000 ESIC employees had been irregularly availing medical benefits from ESIC dispensaries and hospitals without paying, though the facility was meant only for insured persons paying contributions.

Besides, shortage of doctors and specialists ranging between 19 and 44 per cent, had adverse impact on effective service delivery to insured persons. 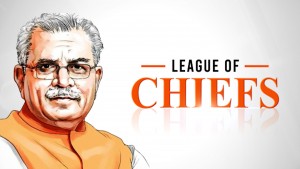