Cabinet Revamp: All Eyes on MEA and Young Blood 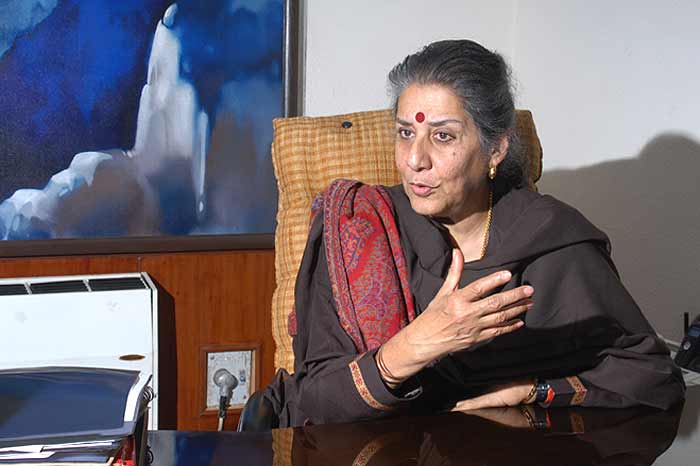 outlookindia.com
-0001-11-30T00:00:00+0553
Around 12 new faces are expected to be inducted and an equal number of Ministers of State likely to be promoted in a major revamp of the Union Council of Ministers tomorrow as a rejig of portfolios could see Anand Sharma in External Affairs Ministry.

Ghulam Nabi Azad is likely to be moved from Health to Petroleum Ministry in place of S Jaipal Reddy who is tipped to be shifted to Human Resources Development Ministry.

The reshuffle could see a number of Ministers of State getting elevated. NTR's daughter D Purandeswari, who has been Minister of State in HRD for the last eight years, could be upgraded and given the Commerce portfolio held by Anand Sharma.

59-year-old Sharma, who is tipped to move from Commerce to take the place of Krishna at the External Affairs Ministry, has done a stint in the MEA as MoS in UPA one.

MoS Agriculture Harish Rawat, who lost in the race for Chief Ministership in Uttarakhand and had revolted, is likely to be elevated as a cabinet minister in charge of Health.

Besides Purandeswari and Ajay Maken, who could also be promoted as a Cabinet minister, Ministers of State who could be upgraded are Sachin Pilot, Jyotiraditya Scindia and Milind Deora.

Interestingly, Agatha had to resign on her party NCP's directions after she campaigned for her father P A Sangma in the July Presidential elections in defiance of the party.

In the rejig of portfolios, Urban Development Minister Kamal Nath is likely to be given additional charge of Parliamentary Affairs, now held by Pawan Kumar Bansal, who is expected to retain Water Resources.

Anwar, NCP MP, is expected to be made Minister of State for Agriculture to work under his party chief Sharad Pawar.

Chiranjeevi is expected to be given Tourism Ministry, while Minister of State in Defence M M Pallam Raju could be made Mos Independent charge. MoS Parliamentary Affairs could be given additional charge of Planning.

Corporate Affairs Minister Veerappa Moily, who was given Power as additional portfolio after Sushil Kumar Shinde was moved to Home Ministry, might have to shed Power Ministry.

Along with the revamp in the Council of Ministers, there is a possibility of long-awaited restructuring in the AICC, to make it ready organisationally for the next Lok Sabha elections slated in 2014.

Before meeting the Prime Minister, Sahai said yesterday that Congress President Sonia Gandhi called him to draft him for party work.

Sahai's name had cropped up in a controversy following media expose that he had recommended for allocation of coal block a company in Jharkhand in which his brother was a Director.

With this, the total number of ministers who have resigned has gone up to seven. External Affairs Minister S M Krishna had quit yesterday. All the resignations have since been accepted.

The ceremony for swearing-in of new ministers is scheduled at 11.30 hours at the Rashtrapati Bhavan tomorrow when a number of new faces are likely to be inducted.

Rahul Gandhi, who was earlier speculated to be joining the government, is unlikely to do so. He may be in for a larger role in the party and could be made Working President.