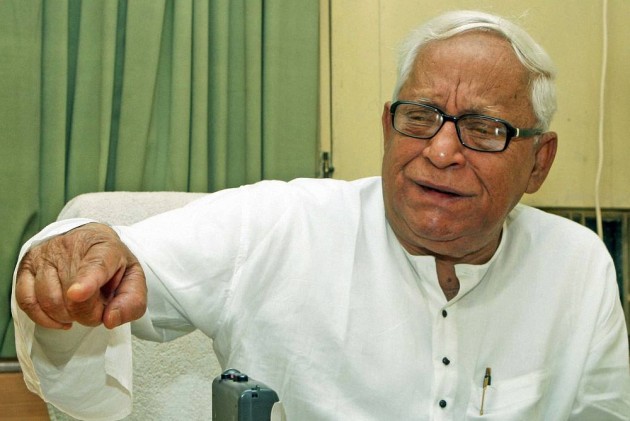 Former West Bengal chief minister Buddhadeb Bhattacharjee today comparing the RSS with Fascist forces of Nazi Germany and also targeted the ruling Trinamool Congress as a party which only believes in spreading lies and violence to establish its hegemony.

Terming the BJP-led central government as a nexus of RSS and corporates, the senior CPI(M) leader said RSS was trying to undermine the Constitution.

"Just like the Nazi Germany where various big corporates joined hands with the Nazis, the RSS has joined hands with the corporates. The RSS doesn't believe in the Constitution of our country. They believe in creating a Hindu Rastra. Will the RSS move away from its agenda? No, they will not. This is our biggest fear," Bhattacharjee said while addressing a program commemorating the 70 years of Allied forces' victory over Axis power in the Second World War.

Lashing out at the TMC regime, he said the party only believes in spreading lies and violence to establish its hegemony.

"In our state also there is a party which, like the Fascists, believe in violence and spreading lies. Whether its the Gyaneshwari Express train accident, Chhatradhar Mahato, or the case of a cartoon. They just believe in spreading lies. If you don't agree, they will use force to terrorise you. We all have to fight against such forces," Bhattacharjee said.

Bhattacharjee's comments came in the backdrop of Chhatradhar Mahato, convener of a Maoist-backed organisation, and three others connected with ultra Left activities, being sentenced to life imprisonment by a local court under the Unlawful Activities Prevention Act (UAPA).

In August 2010, the Mahato had attended a rally organised by the Trinamool Congress in Junglemahal. The party had also termed the May 2010 Gyaneshwari Express accident, which claimed 150 lives, as a handiwork of the CPI(M).