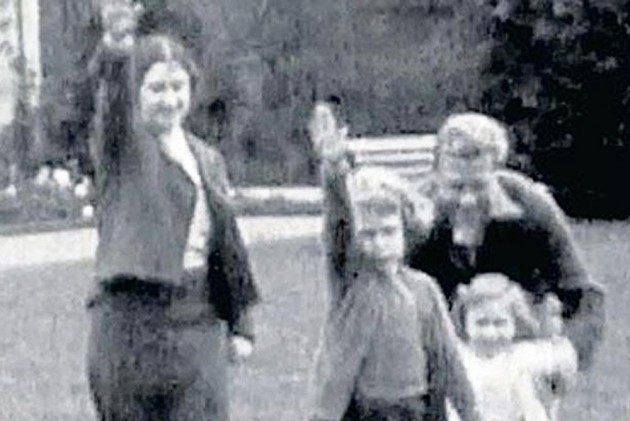 Buckingham Palace has expressed its disappointment over a British tabloid to dig out private archival pictures showing a young Queen Elizabeth II seemingly performing a Nazi salute in 1933.

The Sun has published the pictures on its front page today and refused to disclose how it procured them.

A Buckingham Palace spokesperson said last night: "It is disappointing that a film, shot eight decades ago and apparently from HM's (Her Majesty's) personal family archive, has been obtained and exploited in this manner."

The seven-year-old Princess Elizabeth, as she then was, is shown in a home movie playing up to the camera in black and white footage shot by the future King George VI at Balmoral Castle in Scotland.

The Queen, her sister Princess Margaret, their mother Queen Elizabeth and their uncle the Prince of Wales, later Edward VIII, all make Nazi salutes in what appears to be mockery of Adolf Hitler.

The Sun has printed still images from the cine film with the headline "Their Royal Heilnesses".

In the film, the Queen, apparently egged on by her uncle, salutes three times, while the Queen Mother salutes twice, Princess Margaret salutes once with her left hand and finally the future king Edward VIII joins in with his own salute.

In a leading article, the Sun accepts that Hitler, newly installed as Germany’s Chancellor, was "a faintly comic character" at the time, but argues that the involvement of the future Edward VIII, a known Nazi sympathiser, makes the film historically significant.

Sun managing editor Stig Abell said he did not accept Buckingham Palace's accusation that the footage has been "exploited".

Mr Abell said: "We are not using it to suggest any impropriety on behalf of them. But it is an important and interesting issue, the extent to which the British aristocracy - notably Edward VIII, in this case - in the 1930s, were sympathetic towards fascism.

"That must be a matter of national and public interest to discuss. And I think this video and this footage animates that very clearly."