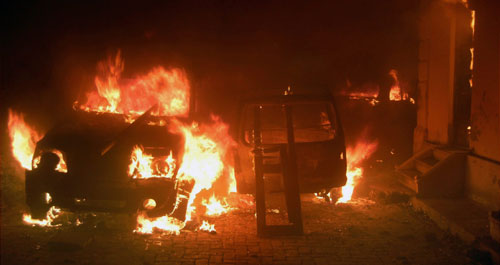 outlookindia.com
-0001-11-30T00:00:00+0553
The names of BSP MLA Jitendra Singh and local party leader Imtizar Abdi have been added in the FIR filed in connection with the arson at the house of UPCC chief Rita Bahuguna Joshi here.

The names of the two have been added last night on the basis of a complaint by Joshi and Congress General Secretary Subodh Srivastava, police sources said today.

Singh is MLA from Bikapur assembly seat in Faizabad and Bobby is former president of Shia Degree College Lucknow.

Earlier, the FIR had been filed against unidentified persons.

The Congress had lodged a written complaint against the two BSP leaders for allegedly ransacking Joshi's residence here and setting it on fire on July 15.