The BSF said that the three civilians, including a woman, were engaged in cattle smuggling and had attacked the jawans who opened fire in "self-defence". 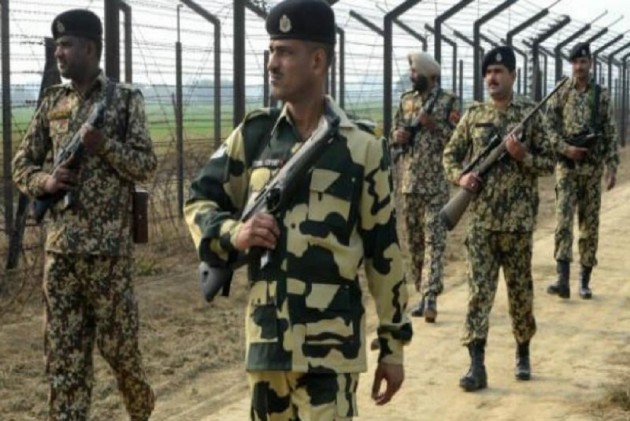 Print
A
A
A
increase text size
Outlook March 18, 2017 17:05 IST BSF Orders Inquiry Over Jawans Involvement In Death Of 3 Tribals In Tripura

An inquiry was on Saturday ordered by the BSF after its personnel were caught in a row with locals in Tripura over killing of three civilians who had protested alleged molestation bid by some paramilitary personnel.

The BSF said that the three civilians, including a woman, were engaged in cattle smuggling and had attacked the jawans who opened fire in "self-defence", a claim rejected by the local people, who alleged that the paramilitary jawans were trying to molest a tribal woman at Bhangamura in South Tripura.

In a statement, the Border Security Force (BSF) claimed that its personnel posted along the Indo-Bangladesh border in Tripura Frontier yesterday observed 30-40 smugglers including men and women, trying to smuggle cattle from India to Bangladesh through unfenced gap near BOP Bhangamura. The local police has denied it.

The BSF claimed that its personnel challenged the group and fired two warning shots in the air to disperse the smugglers, who instead encircled the paramilitary party and "attacked them with 'dah' and 'lathis'".

"Sensing their life in danger, the BSF party fired in self-defence, in which three smugglers died. Firing was the last resort available to troopers."

The statement "regretted" the loss and said "every human life is valued by BSF" and claimed that 10 cattle were recovered after the scuffle in which its personnel also sustained injuries.

However, Superintendent of Police in the control room Bhanupada Chakraborty quoted an FIR lodged by villagers in which it was alleged that three BSF jawans attempted to molest a young woman at Chitabari when she was on her way back home last evening after working in a rubber plantation.

When she raised an alarm, villagers rushed to the spot. A clash ensued and the BSF jawans opened fire, killing the woman and two other villagers on the spot besides injuring two others, the FIR said.

Normal life was paralysed in Sabroom subdivision of South Tripura district after a dawn-to-dusk bandh was called by the ruling CPI(M) over the death of the three tribals.

Inspector General of Police K V Srijesh and Superintendent of Police Tapan Kumar Debbarma were camping in the area with a huge contingent of forces.

Tripura Chief Minister Manik Sarkar discussed the matter with DGP K Nagraj and Chief Secretary Sanjib Ranjan immediately after the incident and asked them to collect all relevant information pertaining to it.

The ruling CPI (M) has condemned the incident as "heinous and barbaric" and said it was "a clear attempt to molest the poor tribal woman".

Normal life was paralysed in Sabroom subdivision of South Tripura district following a dawn-to-dusk bandh called by the CPI(M) over the incident.