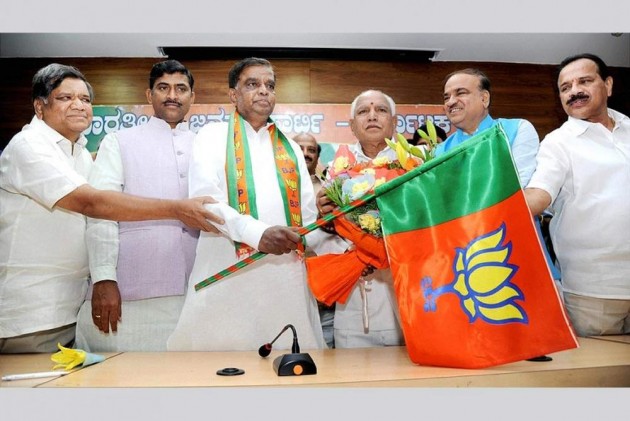 With growing clamour for allowing the traditional buffalo race Kambala, Karnataka BJP chief B.S. Yeddyurappa today asked the Siddaramaiah government to bring in an Ordinance to facilitate holding of the event, saying the people are "emotionally" attached to it.

"Kambala is a must and should be held. The government should bring an ordinance on it and pave the way to hold the  traditional sport in the coastal region," Yeddyurappa, a former Chief Minister, told reporters here.

Facing growing demand for holding Kambala after the success of the Jallikattu stir in Tamil Nadu, Chief Minister Siddaramaiah had said yesterday that an ordinance could be brought in, if necessary, to allow the event after seeking legal opinion.

Siddaramaiah had also asked the Centre to take a favourable stand on Kambala as it did on Jallikattu, where both Tamil Nadu and central governments, facing public pressure, moved swiftly to facilitate the bull taming sport.

Asked about a pending case in the Karnataka High Court,  Yeddyurappa said he was optimistic that the court would lift the ban on Kambala.

The court had passed an interim order last November, staying Kambala on a petition filed by PETA and the next hearing is on January 30.

Yedyurappa said people of Karnatka are emotionally attached to Kambala and urged party men not to resort to any agitation.

"People are emotionally attached to the sport. I have discussed the matter with party leaders from Mangaluru and Udupi and have told them not to hold any agitation."

Meanwhile, the organisers of Kambala said they would hold the traditional sport near Mangaluru on January 28 despite the court orders restraining the same.

The decision was taken at a meeting held on January 22 by members of the Kambala Committee in Mangaluru, Pai said.

A human chain would be formed in Mangaluru on January 27 in which 5,000 people, including politicians and those from the film industry are expected to attend, Pai said.

The rally would be held before commencement of Kambala and 200 pairs of buffaloes would be paraded, he said.