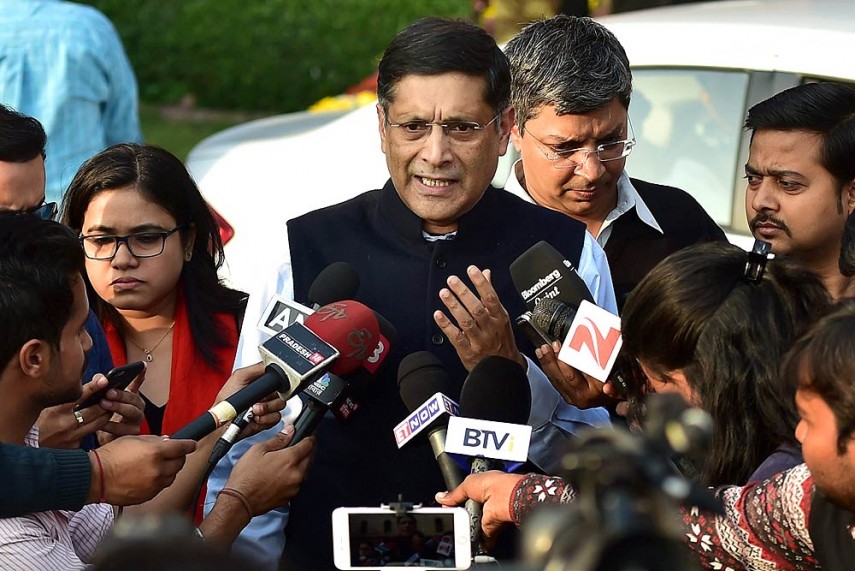 As the Narendra Modi government wages its biggest war on black money yet, Chief Economic Advisor Arvind Subramanian today pitched for including land and real estate under the GST regime to check money laundering and corruption.

Subramanian, who for the finance ministry had authored a report on possible tax rates under the Goods and Services Tax (GST), suggested that the new indirect tax set-up should be clean with simple low rates and should include land and property as well as electricity.

GST, which the government intends to roll out from April 1, 2017, is to subsume central excise, service tax and state VAT among other indirect levies on manufactured goods and services, but property and electricity have so far not been talked about as being part of it.

"I still think we should aspire for simple, clean structure of rates which will have on balance lower and higher rates and that will be a necessary complement to fighting against black money that the Prime Minister has launched with demonetisation (of old 500 and 1,000 rupee notes)," he said at a conference here.

He felt that land and real estate need to be part of the GST.

"Stamp duty (on property registration) is separate and states can retain the right to have stamp duty. The sale of land and immovable property should be part of GST so that input tax credit can flow freely in the system," he said.

This, he said, can "keep the system of self-policing" of black money. "So, it is terribly important that land and real estate being part of the GST," he added.

Subramanian said there is need to bring electricity charges that are not done by the states under GST.

"I think they should be part of GST and then the input credit can flow and make power more competitive. So, in terms of GST, clean, simple low rates, land, property part of it, power part of it also, will actually be not just important in itself but as a complement to bigger fight against black money and corruption that we embark on," he said.

He had proposed all services to be taxed at the standard rate of 17-18 per cent.

"I think we need to focus on some of the things that need to be brought into GST -- real estate, power. I think we should not lose sight of this because this comes at a time when we want to eliminate black money and corruption," he said today.

"Given that real estate and land are obvious sources of black money, this will help our overall sources combating black money."