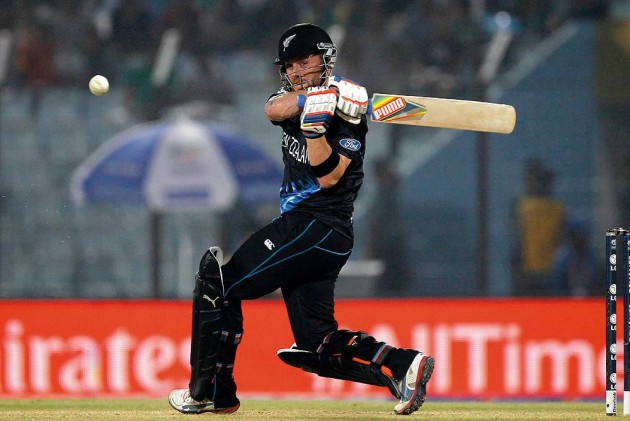 New Zealand captain Brendon McCullum's explosive hitting saw him set a new record in the English T20 Blast competition with a blistering 158 not out off 64 balls for his countty Warwickshire.

The 33-year-old flayed the Derbyshire attack, bringing his century up off 42 balls and his final total yesterday equalled a previous score he hit for Kolkata Knight Riders in the first-ever IPL match in 2008 -- that one coming off 73 balls.

McCullum's innings -- which included 11 sixes and 11 fours -- is the second highest T20 score ever, behind West Indian batsman Chris Gayle's 175 in the Indian Premier League in 2013.

McCullum, who recently signed a one-year extension to his contract with the national side despite fears over a persistent back problem, broke the previous mark of 153 set by Luke Wright for Sussex in 2014.