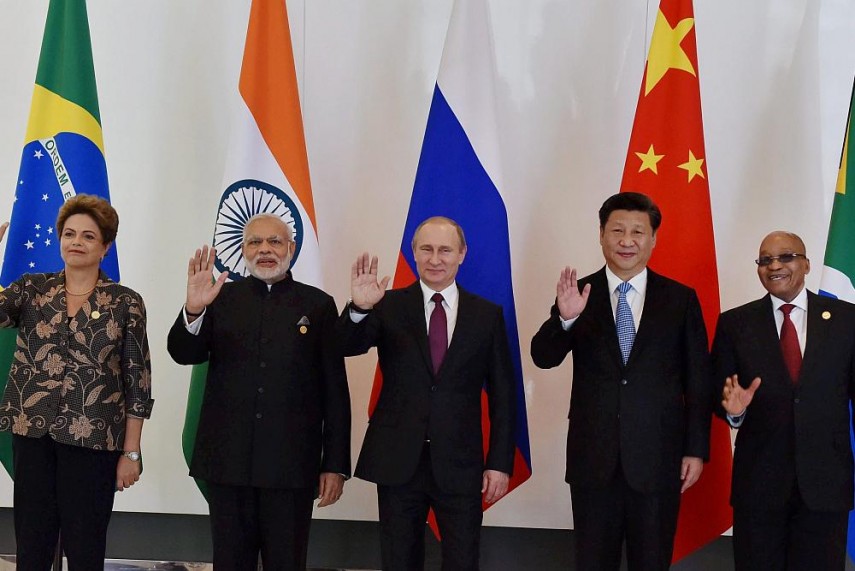 The New Development Bank of the BRICS countries is set to issue its first yuan-denominated bonds with plans to release more bonds in local currencies including in Indian Rupee, a top official of the bank has said.

The bank's first five-year yuan-denominated bonds, also referred as green bonds, will be issued after receiving a rating from international ratings agencies as well as getting authorities' approval, said Paolu Nogueira Batista, the bank's vice president for economic research, strategy and partnerships and chief risk officer.

More bonds denominated in local currencies of the BRICS countries, including the rupees in India, will be issued if the bank's board and local authorities endorse the project plans, he said while outlining bank's plans on Monday at the closing ceremony of the Shanghai Forum, an annual meeting of officials, academics, business chiefs and world opinion leaders, state-run 'China Daily' reported.

The founding members of the NDB have already brought in capital of USD one billion as initial contribution.

The bank announced its first batch of loans on April 16, providing USD 300 million to Brazil, USD 81 million to China, USD 250 million to India and USD 180 million to South Africa.

Together with the China-backed Asian Infrastructure Investment Bank (AIIB), the NDB was expected to contribute to infrastructure development, specially in the Asian region along with IMF, World Bank and Asian Development Bank.

Studies have found that the Asian region needed over USD 1 trillion investment in infrastructure development.

Batista said local investors will be more engaged in projects financing sustainable development because they will be exposed to less currency exchange volatility as bonds are issued in local currencies.

He said these would benefit the projects as well as sustainability in these markets in the long run.

Ambitious yet humble, the bank has been working with efficiency and neutrality, and aims to become a global lender that helps the developing countries to grow in a sustainable manner, Batista said.

"Each loan modality is different based on project-specific features and borrower preferences. Government approvals, where necessary, will be sought as part of follow-up procedures," the daily quoted the bank statement as saying.

So far, the projects the bank has been working on are all financing sustainable energy projects, such as solar power and hydropower, an initiative that is included in the bank's articles of agreement.

Batista said that although the bank's founding countries (BRICS) have been facing challenges of economic growth at different levels, be they slowdown or recession, this condition would not affect the NDB's long-term plan and commitment to finance sustainable growth.

India is the only country among the BRICS countries whose GDP continues to grow above seven per cent while the rest of the economies including that of China reported sharp slowdown.

The NDB aims to be a global lender instead of being limited to being an institution for just a handful of countries, Batista said.

It wants to expand and be involved in more countries in the future, on condition that the emerging markets and developing countries take a majority of shares and voting rights in the bank, he said.