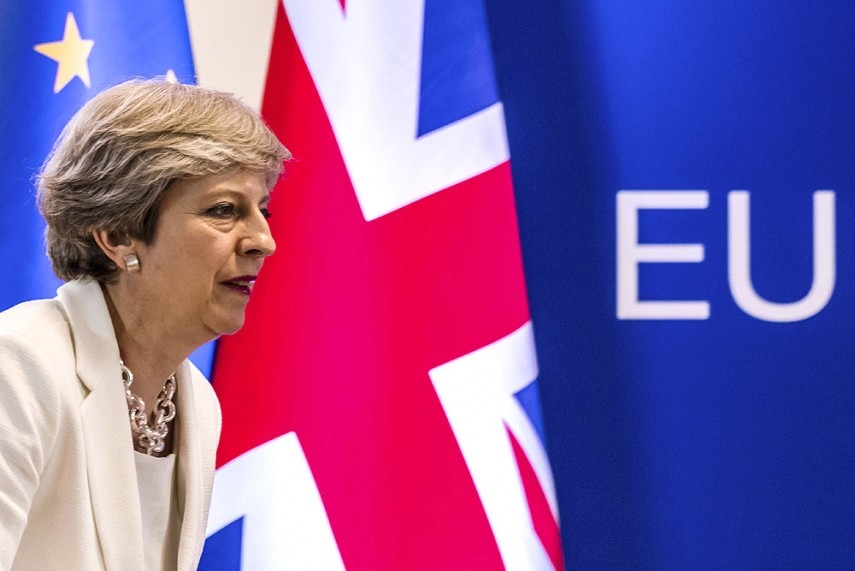 The UK government published a repeal bill today, beginning the formal process of Britain's divorce from the European Union, an year after Britons voted to exit the world's largest single market in a historic referendum.

The 52-page Great Repeal Bill published in parliament is known as the "European Union (Withdrawal) Bill" and will convert EU law into UK law before Brexit is completed in 2019, giving UK Parliament the power to amend or reject the nearly 20,000 rules and laws as a non-member of the EU.

It repeals the European Communities Act 1972, which took Britain into the EU and remove the supremacy of Brussels law.

"This is the one of the most significant pieces of legislation that has ever passed through Parliament. It is a major milestone in the process of our withdrawal," said Andrea Leadsom, the Leader of the House of Commons, in her statement to introduce the bill.

"It means we will be able to exit the European Union with maximum certainty, continuity and control. That is what the British people voted for and it is exactly what we will do," she said, amid cheers from pro-Brexit MPs in the Commons.

The bill will also provide temporary powers to correct laws that will not operate appropriately after Brexit. It will be debated in Parliament from later this year and will need to have been passed by the time the UK leaves the EU – at the end of the two-year deadline of March 2019.

Opposition Labour party has vowed to vote against the legislation unless there were significant changes to the details previously set out, while the Scottish National Party (SNP) said there needed to be "clarity" over which powers repatriated from the EU should go to the devolved nations.

The party's Brexit spokesperson, Kier Starmer, said: "Labour has always been clear that Brexit cannot lead to any rolling back of rights and protections. We need effective legislation that protects British workers and consumers, enshrines equality laws, enforces environmental standards and devolves powers across the country.

"The government's Repeal Bill falls short on all counts. It is simply not fit for purpose."

The Liberal Democrats, who fought the general election on a pledge to stage a second referendum on Brexit, also said they would make the passage of the Bill "hell" for the government.

The Theresa May-led ruling Conservatives are relying on the support of Northern Ireland's Democratic Unionist Party (DUP) to win key votes after losing their Commons majority in the June general election.

The UK's Brexit minister, David Davis, has argued that the bill will ensure the UK "exits the EU with maximum certainty, continuity and control".

"That is what the British people voted for and it is exactly what we will do - ensure that the decisions that affect our lives are taken here in the UK," he said.

"The eyes of the country are on us and I will work with anyone to achieve this goal and shape a new future for our country," he added.

The other two papers cover ongoing judicial and administrative proceedings and privileges and immunities. They will be presented to the European Commission for discussion in the second round of formal exit negotiations in Brussels next week.