Both Congress and BJP are in RIL's Pockets: IAC 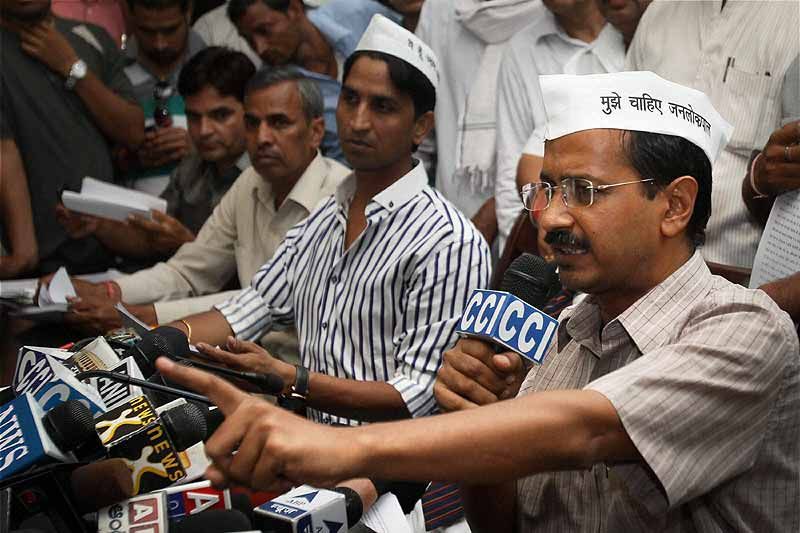 outlookindia.com
-0001-11-30T00:00:00+0553
Reliance Industries Chairman Mukesh Ambani today came under attack from India Against Corruption (IAC) which alleged that the UPA and the previous NDA governments had favoured his company by giving contract on gas exploration in KG Basin and concessions at a huge cost to the exchequer.

Calling it a "classic case of crony capitalism", activists Arvind Kejriwal and Prashant Bhushan alleged that Reliance was "blackmailing" the government to increase the price of gas by "almost stopping" the production and indulging in "hoarding like petty traders".

RIL however refuted the charges saying allegations were at the "behest of vested interests".

"The statements made by IAC... Are devoid of any truth or substance whatsoever and are denied," the company said in a statement.

Government sources said the terms of contracts signed with firms like RIL were already under review and a committee headed by Prime Minister's Economic Advisory Council (PMEAC) Chairman C Rangarajan to suggest an alternate model for the future.

The government, they said, was already sensitised about current contracts providing an incentive to firms to keep raising capital expenditure to postpone government getting higher profit take.

Attacking the decision to shift S Jaipal Reddy from Petroleum Ministry, IAC alleged it was now "absolutely crystal clear" that he was eased out of the crucial ministry only on account of "pressure" from Reliance Industries.

They said Reddy was "honest" and his "ouster" was only because he "actively resisted" Reliance' demand for an increase in the price of gas and wanted to penalise the company for "wilful reduction" of production of gas.

He asked why did Prime Minister Manmohan Singh not seek the opinion of the Attorney General when the then Petroleum Minister Manishankar Aiyar "refused to give in" to Reliance' demand for increasing the price of gas from USD 2.34 per unit to USD 4.2 per unit in 2006.

"In 2006, Aiyar was removed and Murli Deora was brought in and he cleared the files within one and half months. Why does he seek the opinion of Attorney General now? Why does his heart beats only for Reliance?" Kejriwal said.

The press conference also witnessed some drama when three youths shouted slogans against Kejriwal and tried to throw a shoe at him. The youths were overpowered by IAC supporters and handed over to police.

Just before this, another man raised questions about his wife, an IRS Officer, not getting a transfer out of Delhi for the past 20 years.

As there was commotion, Kejriwal asked his supporters to allow him to raise the question but media persons surrounded him, saying non-journalists were not allowed to raise questions.

Meanwhile, Reliance Industries has denied Kejriwal's charges, saying that allegations are made at the behest of vested interests.

$2.15 billion was originally the budgeted expense for Reliance..In two years, it raised costs by four times to $8 billion: Kejriwal

Telecom companies select their own nominee as telecom minister, RIL selects its own person as oil minister: Kejriwal

Mukesh Ambani is right when he says the Congress is my shop: Arvind Kejriwal

Mani Shankar Aiyar who did not agree was removed and Murli Deora – who is said to be their (RIL) man - was brought in: Arvind Kejriwal

Either PM is under great pressure or else he cannot understand a thing. Seems like he is being used by Cong: Kejriwal

Country seems to be run by Reliance, not PM: IAC