Book Reveals Why Jinnah Shaved Off His Moustache 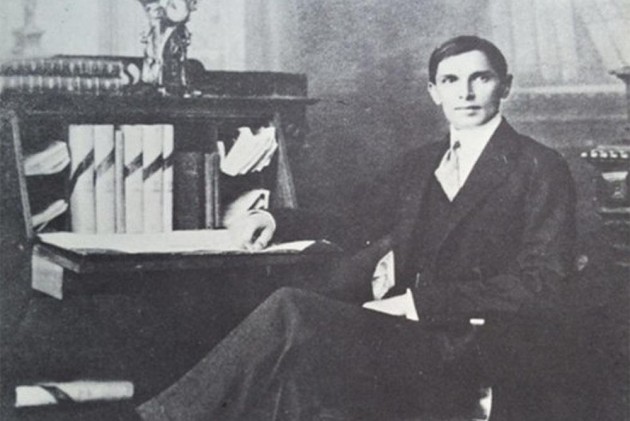 Print
A
A
A
increase text size
Outlook April 18, 2017 16:11 IST Book Reveals Why Jinnah Shaved Off His Moustache

When 42-year-old Muhammad Ali Jinnah popped the question to teenager Ruttie, little did he know that the only condition put forward by the bride-to-be would be "shaving off his moustache".

And, Jinnah obliged. Not only did he get rid of his thick moustache, but also redid his hair to impress the lady.

Senior journalist Sheela Reddy has revealed many such anecdotes from the eventful life of the founding father of Pakistan.

In her new book, 'Mr and Mrs Jinnah - The Marriage that Shook India', Reddy has narrated the story about Jinnah's unhappy marriage to the Parsi girl, who was younger to him by 24 years.

In an illustrated lecture about the book held here last evening, Reddy curated a series of rare photos of Mr and Mrs Jinnah and their respective families, complemented with interesting tales from their lives.

Accompanying the photo of Ruttie Petit's father, Dinshaw Maneckji Petit, was this humorous story of Jinnah making the best use of his "cross-examining" skills of a barrister while asking his daughter's hand in marriage.

"Jinnah was having a conversation with Ruttie's father, and he happened to ask him about his view on inter-communal marriage. Now, to sound politically correct Dinshaw said, 'this would be a great thing for the integration of the country'.

"Next question was 'I want to marry your daughter'. It is said that he was thrown out of the door, and they both never met again," Reddy said.

The narratives, however, were not limited to the stories mentioned in the book as she went on to talk about the intriguing story behind the making of the tome as well.

Idling her time in Nehru Memorial Library, Reddy stumbled upon a parcel of private letters written by Ruttie to the two daughters of Sarojini Naidu - Padmaja and Leilamani Naidu.

While initially she thought that she had everything that was required to write a book, it was only a matter of time before she realised that there was a long way to go and Pakistan was an important stop in that journey.

"I went to Islamabad and asked for the letters exchanged between Jinnah and Petite and others. In all this, I did not realise I had written my Indian address in the register.

"Smelling something wrong, they asked me to leave and I was debarred from that place. Even then I managed to get the files with the help of my Pakistani friend, but then there was nothing, barring some letters written by Jinnah's daughter to him," she said.

The author's quest ended after she returned to Mumbai on the recommendation of Pakistani scholars who told her, "You are in a wrong place, go to Bombay."

Jinnah spent a major part of his life in Bombay, where he lived until he moved to Pakistan after the Partition.