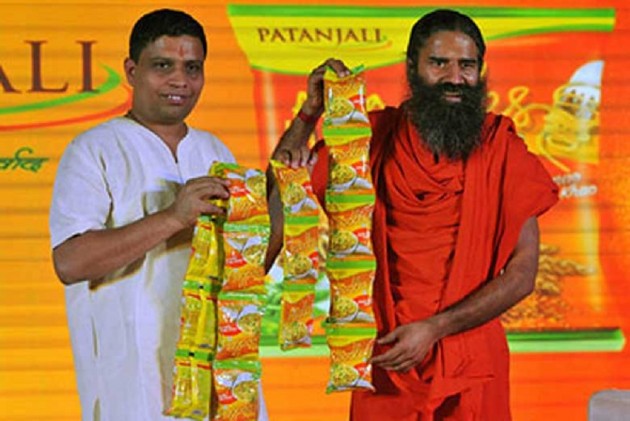 Print
A
A
A
increase text size
Outlook May 05, 2017 18:56 IST Bombay High Court Asks Whether Patanjali Ayurveda Was Given Land At Throwaway Prices

The Bombay High Court on Friday sought to know from the Maharashtra government if over 600 acres of land in Nagpur was allotted to Ramdev's Patanjali Ayurveda at a throwaway price and on what grounds "concession", if any, was given to the company.

A division bench of Chief Justice Manjula Chellur and Justice G S Kulkarni was hearing a petition filed by Congress Mumbai chief Sanjay Nirupam alleging irregularities in the allotment of land to the company for setting up a food park in the Multi-Modal International Hub Airport at Nagpur (MIHAN), Nagpur.

The bench today directed the state government to file an affidavit in response to the petition within six weeks.

The court said the affidavit shall contain all papers and details pertaining to the land allotment.

"We want to only know on what grounds concession, if any, was given to the company. We want to know if land was given at a throwaway price," Chief Justice Chellur said.

"We want to know if any farmers' land was taken and allotted to the company," the court said, adding the affidavit shall also include the proposal submitted by the company to the government.

It claimed that the allotted land is part of a reserved forest area.

The petition also claimed that the land was allotted at a concessional rate causing heavy monetary loss to the public exchequer.

Nirupam has alleged that while the current market value of the said land is at least Rs 100 crore per acre, Ramdev's Patanjali Ayurveda received it at a throwaway price of Rs 25 lakh per acre.

The plea sought an inquiry into the land allotment and urged the court to restrain Patanjali Ayurveda from using the land, pending a final order from the court.

Continue FREE with Ads Pay Rs. 1 to Read Without Ads
READ MORE IN:
Baba Ramdev National
Next Story : 'If Someone Is Threatening Us, Do We Have To Listen?' AIFF Prez Praful Patel On Aizawl FC
Download the Outlook ​Magazines App. Six magazines, wherever you go! Play Store and App Store