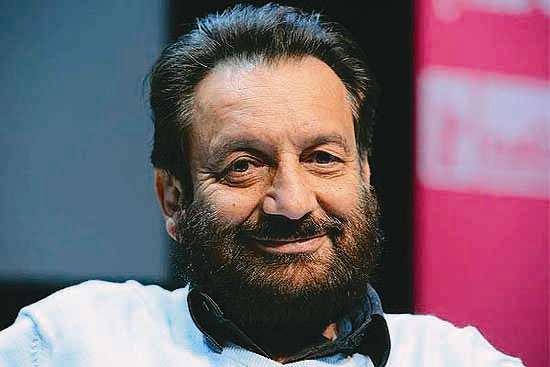 Director Shekhar Kapur feels that the business of Hindi cinema will collapse soon as more and more Bollywood films are being released in large numbers to reach the Rs 100 crore mark quickly.

The 68-year-old 'Elizabeth' helmer said people called him 'mad' when he released 350 prints of his 1987 blockbuster 'Mr India'.

"I remember people calling me mad when I had released 350 prints of 'Mr India'. They said nobody releases film in that large numbers and I am just wasting my money.

"But now the scenario has changed. Filmmakers release 4000-5000 prints in order to quickly reach the 100 crore mark. Seeing this trend, I feel business of Hindi cinema is heading towards collapse," said Kapur while addressing a master class on the sidelines of NFDC's Film Bazaar.

Filmmaker Anurag Kashyap, who was the guest speaker at the session, said that this practise is hampering the business of regional cinema.

"Regional cinema is making some brilliant films. Marathi and Tamil films are making films much bigger than Bollywood movies. But they hardly get any opening due to our big stars and huge number of prints released. They can't wait much to release their films in India because most of them take their films to festivals to generate buzz. If they delay it further their films get into the piracy market," he said.

Kashyap, who has supported several small-budget films and issue-based documentaries, said that he turned producer to fund those movies which he wanted to see as an audience.

Continue FREE with Ads Pay Rs. 1 to Read Without Ads
READ MORE IN:
Shekhar Kapur
Next Story : Cong Says No to Votes and Notes of Those in Liquor Business
Download the Outlook ​Magazines App. Six magazines, wherever you go! Play Store and App Store