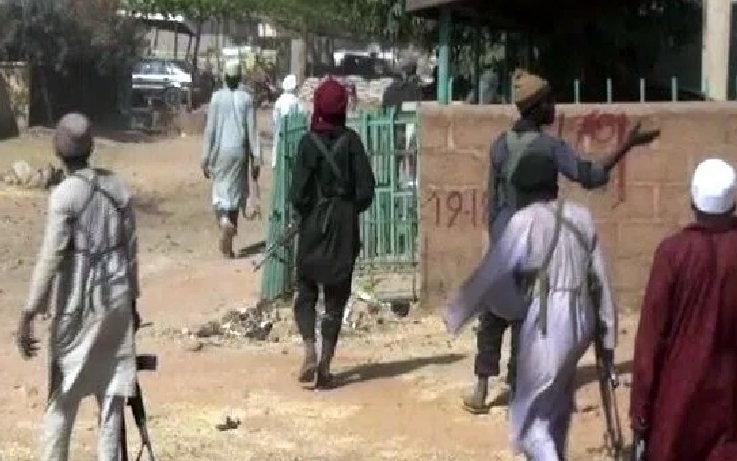 Borno state police commissioner Damian Chukwu said one civilian was killed as locals in the Jiddari Polo area of the city fled, while 10 were killed nearby in three separate suicide blasts.

The raid came barely a month after a senior Boko Haram commander threatened to attack the city after he was released from government custody in exchange for 82 kidnapped schoolgirls.

Outlying districts of Maiduguri, including the university campus and camps for people displaced by the eight-year insurgency, have been hit repeatedly by Boko Haram suicide bombers.

But armed fighters have not managed to get through the tight security for more than a year.

The raid will likely raise fresh fears about the extent of government and military claims that the Islamic State group affiliate is all but defeated.

Chukwu and the military both confirmed that troops responded to an attempt by the suspected insurgents to attack a village outside the city.

Residents said they then drove towards a military base through the Jiddari Polo area, firing guns and forcing locals to flee, before they headed towards the Giwa military barracks.

Chukwu said police and troops from the Nigerian Army 7th Division stationed in Maiduguri were deployed and "repelled the attack in a gun battle that lasted about an hour".

"A civilian whose identity is yet to be ascertained was killed in a stampede while a soldier was reported wounded. Normalcy has been restored," he said in a statement.

The police commissioner said the first of the three suicide bomb attacks happened in the Goni-Kachallari area of Maiduguri and targeted worshippers leaving a mosque.

"The suicide bomber and six others died, while 18 others were injured," he said.

"The second suicide bomber detonated within the premises of the Chad Basin Development Authority in Maiduguri at about 2120 hours (local time)," he added.

"The suicide bomber and three others died. The third suicide bomber detonated across the road outside the CBDA premises, killing himself and one other person."

Twenty-four people were injured in all three bombings, he said.

Hit-and-run raids were once a regular feature of Boko Haram's Islamist insurgency, which since 2009 has left at least 20,000 people dead and made more than 2.6 million others homeless.

On December 27, 2015, just days after Buhari said the group was "technically defeated", a raid and suicide bomb attack killed 22 in Jiddari Polo.