BMC Okays Proposal to Make Surya Namaskar Must in Schools 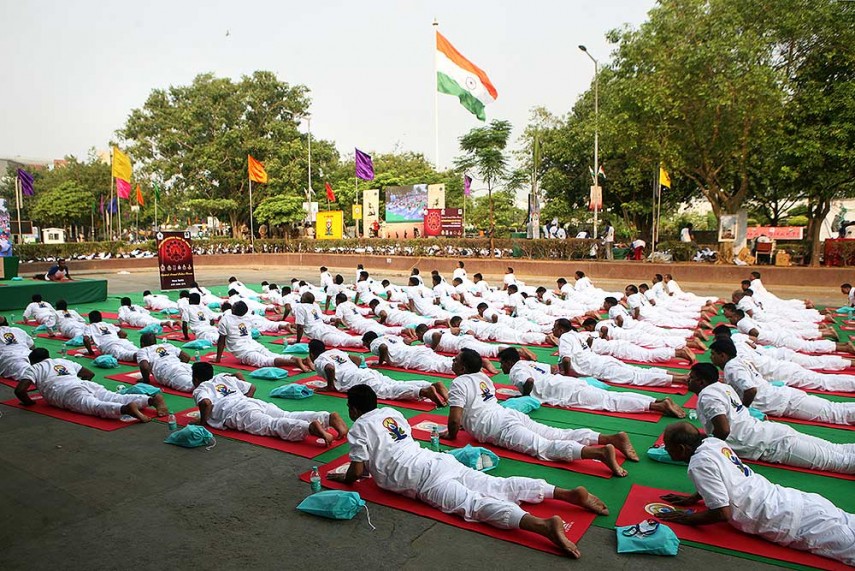 Print
A
A
A
increase text size
Outlook August 24, 2016 23:09 IST BMC Okays Proposal to Make Surya Namaskar Must in Schools

The Sena-BJP ruled Brihanmumbai Municipal Corporation (BMC) has approved a proposal making yoga and 'Surya Namaskar' mandatory in all civic schools here, drawing ire of opposition parties which today dubbed the move as a ploy to "promote Hindutva" and "saffronise" education.

BMC's general body cleared the proposal tabled by BJP corporator Samita Kamble yesterday with an aim to improve overall health of students by incorporating the ancient exercise regime into their daily routine.

The ruling allies rejected the amendment demanded by Congress and Samajwadi Party (SP) to make yoga optional for schools.

They also struck down SP's demand for removal of 'Surya Namaskar' (sun salutation) from the proposal terming it as a "form of Hindu worship".

Sheikh said Muslim parents would stop sending their wards to school if BMC goes ahead with the proposal.

Former minister and state unit Congress vice-president Naseem Khan said the move is "unconstitutional" and will be opposed tooth and nail.

"This is another case of saffronisation of our education system and it is in complete contravention of fundamental rights prescribed in Constitution which allows every citizen to live and educate themselves as per their own religious thoughts," he said.

Questioning the timing of the proposal, Khan said, "Since BMC elections are near and sensing their defeat, they (Sena and BJP) have now played this saffronisation card for political gains, which could have very unwarranted consequences. Why didn't Sena and BJP combine, which has been ruling the BMC for last 20 years, bring the proposal earlier?"

A number of Muslim bodies and their representatives, including Mohammad Saeed Noorie, the founder of Raza Academy and Noorie Mehfil, met Khan separately and apprised him about the reaction in the community against the move.

"Muslims, Jain, Christians, Dalits..All are dismayed by this act of imposing Surya Namaskars and Chief Minister should take a serious note of it and undo it," Khan demanded.

The proposal passed by the House of the civic body, will now be sent to Municipal Commissioner Ajoy Mehta who will take a final call on the issue.

Defending the move, BJP corporator Dilip Patel said, "Now yoga has been internationally accepted as the best form of exercise. Bringing yoga into the religious ambit is a political tactic by opposition parties".

Another BJP corporator said that "Surya Namaskar is a form of meditation, and if practised regularly, it will help children progress, both mentally and physically".