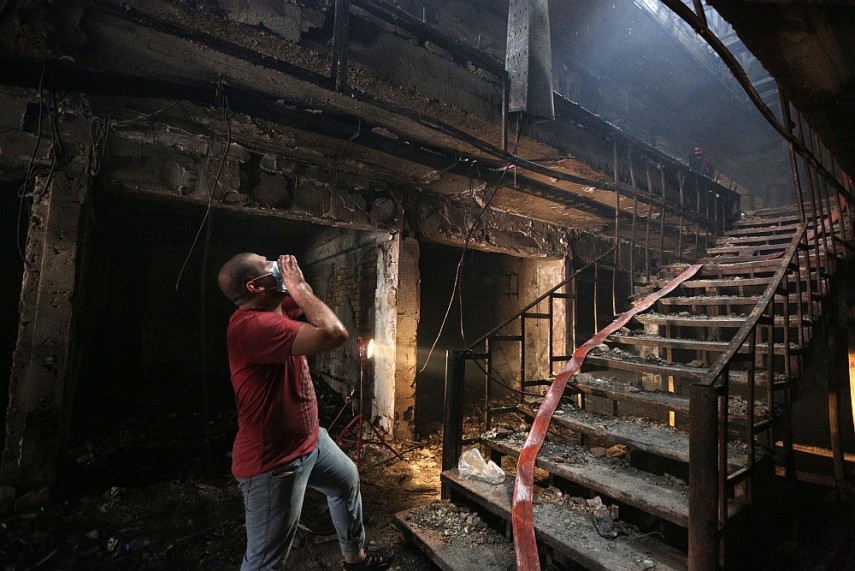 Print
A
A
A
increase text size
Outlook July 06, 2016 21:16 IST Blair Says Iraq War Inquiry Proves He Did Not Lie Or Deceive

Former British prime minister Tony Blair claimed that an official inquiry into his decision to go to war in Iraq in 2003 released today absolves him of any "lies or deceit".

The Labour party stalwart, 63, who was in charge when the UK joined US forces to invade Iraq in 2003, said he will take "full responsibility" for any mistakes made but stressed that John Chilcot's 'Iraq Inquiry' makes clear there was no "falsification or improper use of intelligence".

"I will take full responsibility for any mistakes without exception or excuse. I will at the same time say why, nonetheless, I believe that it was better to remove Saddam Hussein and why I do not believe this is the cause of the terrorism we see today whether in the Middle East or elsewhere in the world," Blair said in a statement in response to the report.

"The report should lay to rest allegations of bad faith, lies or deceit. Whether people agree or disagree with my decision to take military action against Saddam Hussein; I took it in good faith and in what I believed to be the best interests of the country," he added.

The inquiry was chaired by Chilcot and supported by a four-member committee, which included Indian-origin House of Lords member Baroness Usha Prashar.

It had been set up by former prime minister Gordon Brown in 2009 in the aftermath of widespread criticism of the grounds on which Britain decided to go to war over 13 years ago.

"We have concluded that the UK chose to join the invasion of Iraq before the peaceful options for disarmament had been exhausted. Military action at that time was not a last resort," the former senior civil servant led committee told reporters in London on Wednesday.

Blair now faces the prospect of impeachment in Parliament under a 19th century law being contemplated by Scottish National Party (SNP) MPs and also possible legal action by relatives of the 179 British soldiers who died in the war.

Many of them had gathered outside his home in London and near Parliament Square where the Chilcot inquiry report was being unveiled.

The sister of one of the soldiers killed in the conflict called Blair "the world's worst terrorist".

The inquiry rebuked Blair's judgment of the threat Hussein and his so-called weapons of mass destruction posed, including a reference to what has now come to be known as a "dodgy dossier".

The inquiry said: "In the House of Commons on September 24, 2002, Mr Blair presented Iraq's past, current and future capabilities as evidence of the severity of the potential threat from Iraq;s WMDs (weapons of mass destruction). He said that, at some point in the future, that threat would become a reality.

"The judgments about Iraq's capabilities in that statement, and in the dossier published the same day, were presented with a certainty that was not justified," it said.

The bereaved families had been given an advance copy of the report yesterday and said they will study it in greater detail before revealing plans of a possible collective legal action.