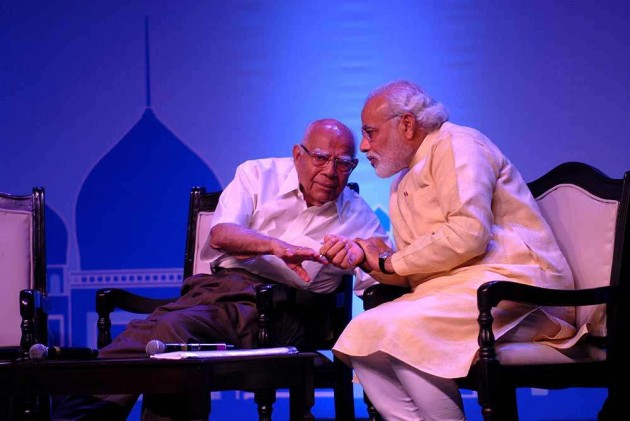 Ram Jethmalani today accused the NDA government of trying to protect corporates who stashed money in overseas banks after the Narendra Modi government, which had promised to bring back black money stashed by Indians in foreign banks toed the line of UPA regime by informing the Supreme Court that it cannot disclose such details given by countries with which India has double taxation avoidance agreement (DTAA).

It was on Jethmalani's plea that the apex court had constituted Special Investigating Team (SIT) on black money. The senior advocate strongly objected to the Centre's stand and said that matter should not be entertained by the Supreme Court.

"Matter should not be entertained even for a day. Such an application could only be made by crooks who have illegally parked their ill-gotten money abroad and not by a democratically elected government," Jethmalani said, adding that Centre is trying to protect the people who have stashed black money in foreign banks.

Jethmalani, who claimed that around Rs 70 lakh crore was stashed in foreign banks, said that he has written a letter to Prime Minister on this issue and his response is awaited.

Interestingly, the apex court had earlier rejected the same stand taken by UPA government, observing that such DTAA does not prevent the Centre from disclosing the names of the persons having bank accounts in foreign banks.