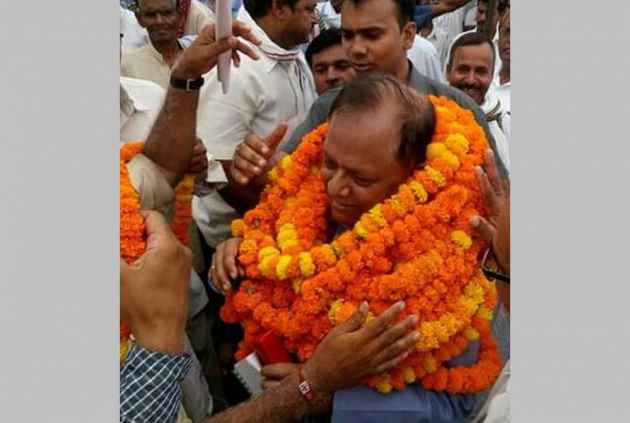 Uttar Pradesh minister Rajendra Singh alias Moti Singh allegedly attacked the local legislators of his party, the BJP, and Apna Dal, saying their faces should be "blackened" if they do not ensure development.

"Faces of those MLAs who have promised development within 15 days should be blackened by the people. I have started my politics from Mangraura and I can leave ministerial berth for the people here," Singh allegedly said yesterday.

He was addressing a gathering here in Rampur village.

He claimed that 15 days ago MLAs Dheeraj Ojha (BJP), Sangam Lal (Apna Dal-S) and RK Verma (BJP) had come here and promised they would ensure development in a fortnight.

He said if it was not done then people should take a stand.

Singh also attacked local MP Harivansh Singh (Apna Dal- S), alleging he had "betrayed" the people of his constituency and did not carry out a single development work.

"He (MP) does not come among people and says I will carry out development. MLAs and MP instead of doing work are vitiating the atmosphere," he said.