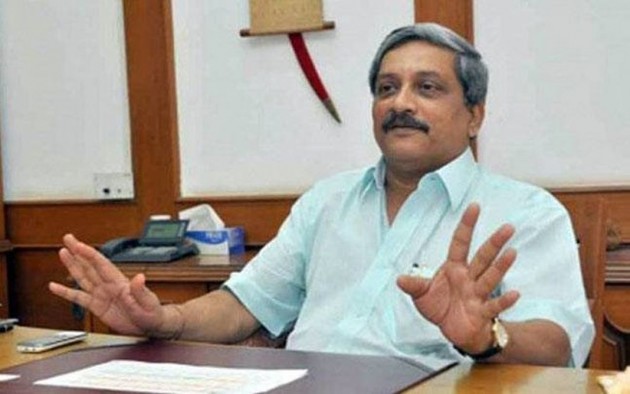 Print
A
A
A
increase text size
Outlook May 10, 2017 15:52 IST BJP's Panaji MLA Resigns, Paves Way For Parrikar To Contest

The BJP legislator from Panaji constituency, Siddharth Kuncalienkar, today resigned from his seat, paving the way for Chief Minister Manohar Parrikar to contest the by-election and enter the Goa Assembly.

Tendulkar said the party has asked Kuncalienkar to vacate the seat to allow Parrikar to contest from there.

"It was the party's decision that Kuncalienkar should vacate his seat. The decision was convyed to him last night," he said.

"Parrikar had left it to the party to decide from where he should be contesting," he said.

Parrikar took over as chief minister in March after resigning as defence minister, after the BJP, which failed to get a majority on its own, succeeded in cobbling together a coalition with the support of regional outfits.

He has to get elected to the Assembly within six months for continuing as the chief minister.

The Panaji constituency has been Parrikar's bastion. He represented the seat from 1994 till 2014, before he moved to the Centre as defence minister in the Narendra Modi cabinet.

Kuncalienkar, who was then attached to the office of Parrikar, was given the ticket by the BJP to contest the by-election in the constituency, left vacant by Parrikar.

He retained the seat in the state Assembly elections held in February this year, though his winning margin thinned.

Kuncalienkar told reporters that his decision to resign was a "small sacrifice considering the big sacrifice made by Parrikar by resigning from the Union Cabinet to lead the government in the state".

"After the Assembly election results there was a unanimous decision that Manohar Parrikar should lead the government. The alliance partners too wanted the government to be led by Parrikar," he said.

"Parrikar left the defence ministry in the Central Cabinet for the sake of Goa. The kind of sacrifice that Parrikar made is enormous. My sacrifice is very small as compared to his," he said.

Kuncalienkar and another BJP MLA Nilesh Cabral (Curchorem) had earlier volunteered to vacate their seats for Parrikar.

Continue FREE with Ads Pay Rs. 1 to Read Without Ads
READ MORE IN:
Manohar Parrikar National
Next Story : 'Akbar' Was an Invader, Youth Should Follow The Path Of Maharana Pratap, Says UP CM Yogi Adityanath
Download the Outlook ​Magazines App. Six magazines, wherever you go! Play Store and App Store