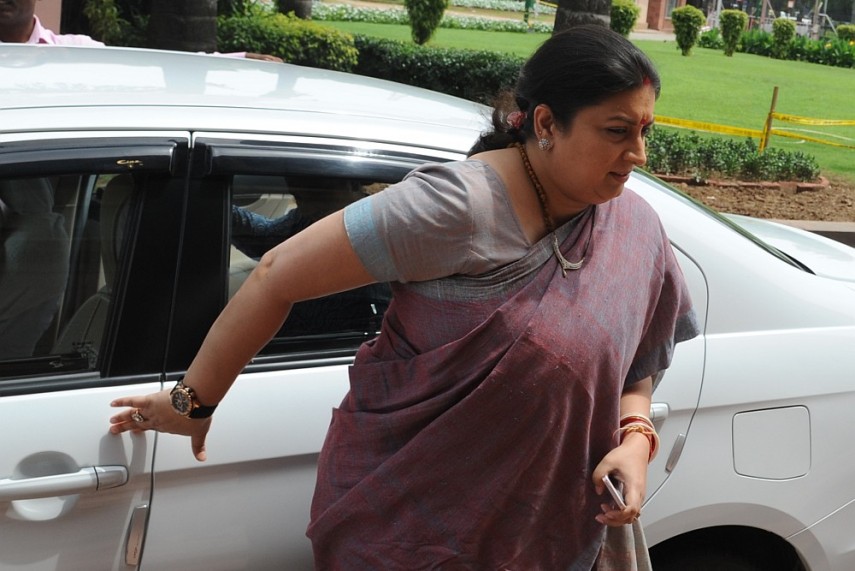 A group of BJP workers today for the second time in three days burnt the effigy of Union Minister Smriti Irani to protest against ticket distribution for assembly polls here.

The workers claimed that it was because of her that Uma Shankar Pandey has been nominated for Gauriganj assembly seat.

An effigy of Irani was also burnt on January 23 in Musafirkhana by BJP workers.

Pandey, who was the polling agent of Irani when she unsuccessfully fought against Congress vice-president Rahul Gandhi in Amethi Parliamentary Constituency in 2014 Lok Saha polls, said that "action may be taken against those found in anti-party activities" as the ticket distribution decision was taken by the BJP high command.

Earlier, more than hundreds of BJP booth presidents, 352 from Gauriganj, threatened to tender their resignation against Pandey's nomination.

Meanwhile, BJP ticket hopeful Ashish Shukla asked his supporters "to be ready to take some decision in meeting of February 1".

Shukla said "for Amethi's respect, I may take any step".

On the occasion of Seventh National Voters' day, he joined the meeting in many places including Manishi Degree College and police office at Gauriganj and managed the oath- taking ceremony of voters ahead of the upcoming assembly elections.

Kumar asked people including officials and other government employees to contribute their best for "free, fair and transparent assembly polls".