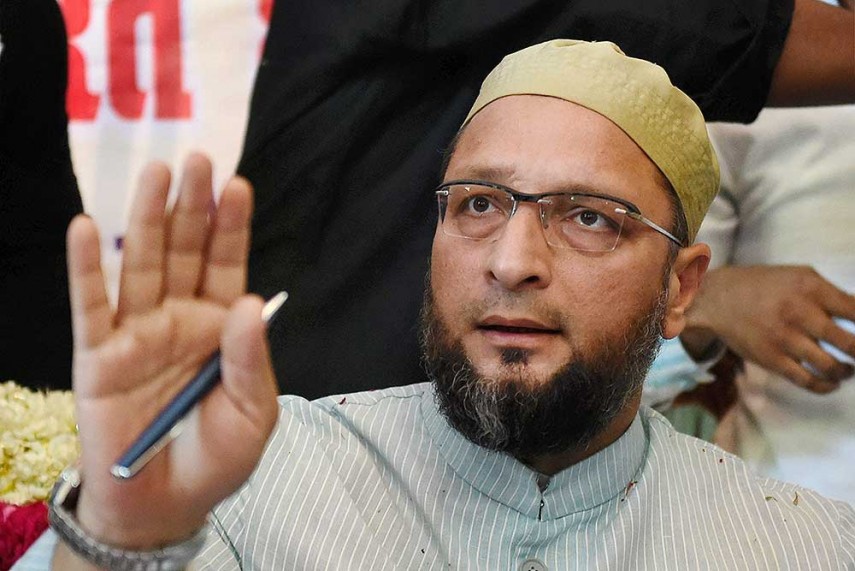 "He (Modi) is the first Prime Minister since independence to use 'religious' slogans during a public rally...India had seen so many PMs and will see many more, but no Prime Minister has ever raised a religious slogan," the Hyderabad Lok Sabha MP said while referring to Modi's 'Jai Shri Ram' greeting on Dussehra in Lucknow.

"All Indians think for a while, if anyone wearing a skull cap and sporting beard becomes PM and says 'Allah-o-Akbar', all channels will run (news) that India has become an Islamic country. (But) If Modi raises 'majahabi' (religious) slogan, no one will say anything," he said.

The leader was speaking at a protest meeting organised by All India Muslim Personal Law Board (AIMPLB) at AIMIM party headquarters at Darussalam here, opposing the NDA government's stand on Uniform Civil Code (UCC) and triple talaq.

Owaisi termed as a "joke" the affidavit filed by Union government on October 7 in the Supreme Court opposing the practice of triple talaq, 'nikah halala' and polygamy among Muslims and favouring a relook on grounds of gender equality and secularism.

"If you really believe in secularism...Why did you Mr Modi impose beef ban in Maharashtra and why does your government want to construct a museum in the name of Ram in Ayodhya? Then why do you (government) say state has no religion and the country has no religion?," he asked. (More) "India is a secular democracy and the state has no

Taking a dig at RSS, he said, "After ninety years of wearing shorts, the kid has now grown up and wearing trousers. After ninety years, you realised now we will wear pants (trouser). Ok..You wore pants but you should have asked what the belt is made of? Is it buffalo's (meat)?"

"I would like to tell the Prime Minister of India...If you really want to help Muslim women, please help Zakia Jafri whose husband (former Congress lawmaker) Ehsan Jafri was killed in front of her eyes, cut into pieces and set on fire. She is waiting for justice," Owaisi added.