BJP to Trace 'Influence' During Jayanthi's Term as Environment Minister 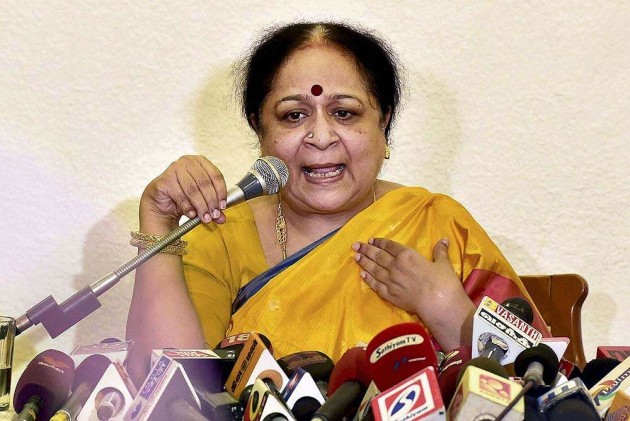 Print
A
A
A
increase text size
Outlook February 03, 2015 12:34 IST BJP to Trace 'Influence' During Jayanthi's Term as Environment Minister

The government will "trace" cases of "extraneous influence" in the clearance of specific files during Jayanthi Natarajan's stint as Environment Minister under the previous UPA government, Union Minister Prakash Javadekar said today.

Alleging that the prime minister under the UPA government was powerless, the Environment Minister also accused Congress President Sonia Gandhi of interfering in important decisions during her party's rule at the Centre.

"The power was concentrated in 10, Janpath (residence of Sonia Gandhi). So, we will definitely look into the cases mentioned and hinted at, where some extraneous influence has happened. We will see if there is any trace of such extraneous influence," the minister told reporters on the sidelines of a function here.

Natarajan had written to Sonia Gandhi alleging that she had received specific requests from her son and Congress Vice President Rahul Gandhi on environmental clearances and, consequently, had rejected big ticket projects.

Javadekar had earlier termed it a "serious issue" and said he would review the files regarding which allegations of extraneous influence have been made.

Natarajan had quit the party last week after launching a scathing attack on Rahul and Sonia Gandhi.

She had claimed she had followed the Congress Vice President's directions but he later "changed his stand in favour of corporates" and she was "vilified, humiliated and sidelined" by the Congress leadership.