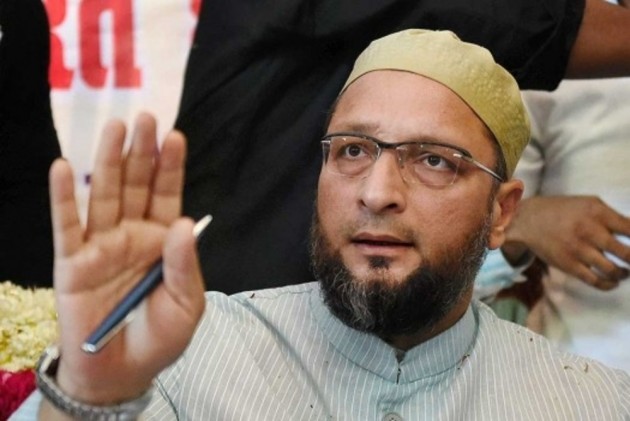 The BJP today termed as "inflammatory" the  AIMIM chief Asaduddin Owaisi's demand for allocation of civic budget to Muslims in proportion to their population in Mumbai and moved the State Election Commission (SEC) against him.

The BJP city unit, which is part of the Shiv Sena-led alliance ruling the Brihanmumbai Municipal Corporation (BMC), submitted a representation to the SEC seeking action against the Lok Sabha MP from Hyderabad.

"We condemn Owaisi for demanding grants based on a religious community's percentage of population," he said.

Action should be taken against Owaisi for such inflammatory remarks, the BJP leader added.

"Muslims account for around 21 per cent of the population in the BMC wards. If the BMC budget is of Rs 36,000 crore, Rs 7,700 crore should have been allotted for the development of Muslims which was not done," Owaisi had told a public rally at Nagpada here last evening.

The rally addressed by the 47-year-old controversial politician, whose Hyderabad-based party has two MLAs in Maharashtra, marked the start of AIMIM's campaign for the upcoming polls to the country's richest civic body.

In the past, Owaisi, known to make controversial remarks, had attracted the charge of delivering "hate speeches".

Continue FREE with Ads Pay Rs. 1 to Read Without Ads
READ MORE IN:
Asaduddin Owaisi National
Next Story : Modi Should Disclose The Amount Of Black Money That Has Been Unearthed, Says Manish Tewari
Download the Outlook ​Magazines App. Six magazines, wherever you go! Play Store and App Store