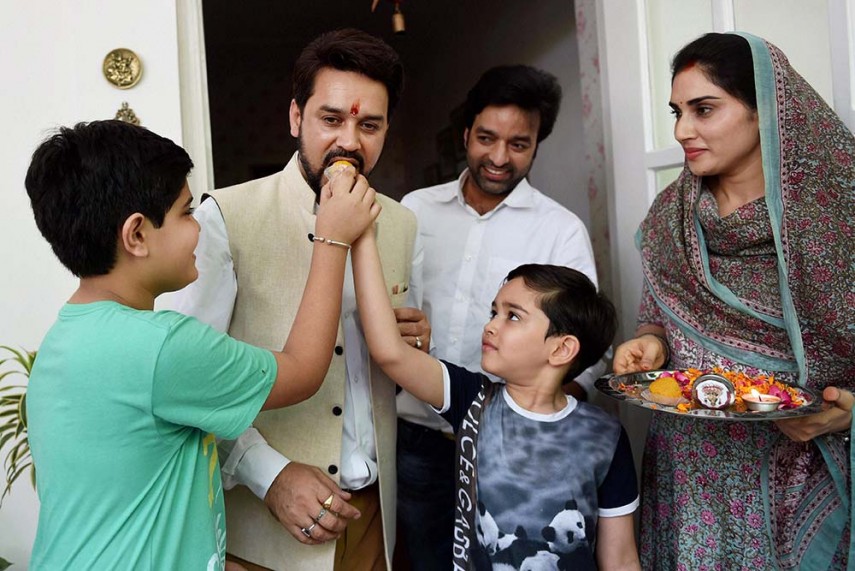 Anurag Thakur, BJP MP and BCCI President, is set for a new innings as an officer of the Territorial Army.

41-year-old Thakur will be commissioned into the Territorial Army (TA) as a regular officer on Friday to become the first serving BJP Member of Parliament to join the military force.

Thakur made it to the TA after clearing an exam and a personal interview conducted in Chandigarh and training held in Bhopal.

As a regular officer, the Lok Sabha member from Hamirpur in Himachal Pradesh will have to undergo a mandatory training.

The Territorial Army, the second line of defence after the regular army, is composed of volunteers who receive military training for about a month in a year so that in case of an emergency they can be mobilised for the defence of the country.

"I am very excited. It is a dream come true for me. I always wanted to wear the (military) uniform and contribute to the country's security but could not," he told PTI.

"I am keenly looking forward to my training and serving the country," he said.

Thakur, whose grand father was in the army, said he had initially wanted to join the armed forces but could not do so as his career got diverted to cricket and politics.

"I have always had the passion of joining the army. I have seen many youngsters sacrifice their lives for the nation," said the MP from Himachal Pradesh where there is a general culture of sending youths to the army.

On what he looked forward to do in the TA, Thakur said there are several issues concerning the forces which he had seen and dealt with from outside but "now I will be able to see the conditions from inside and will be in a better position to raise issues as an MP."