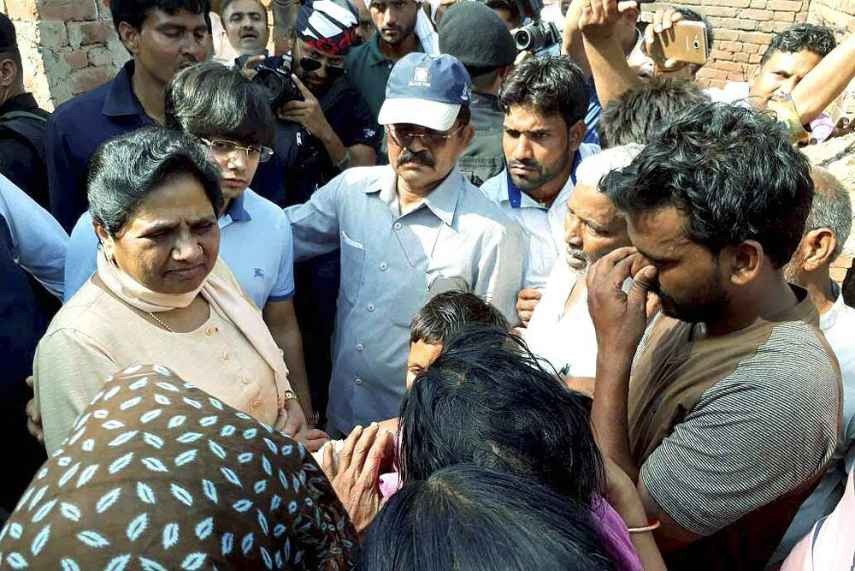 Expressing grief over the death of "innocent and unarmed" farmers in Mandsaur, BSP chief Mayawati alleged today that governments in various BJP-ruled states had adopted an oppressive attitude against the poor, labourers, farmers and other sections of the society.

In a statement issued here, Mayawati condemned the Madhya Pradesh government over the death of five farmers, who had died in clashes with the police, in Mandsaur on Tuesday.

"The BSP, especially its Madhya Pradesh unit, support the demands of the farmers. We have full sympathy for them and also want meet the affected families. But we are feeling helpless due to the attitude of the BJP government," Mayawati said.

She said the BJP's attitude was not favourable towards the poor, labourers, farmers and other sections.

This was the reason, she claimed, that the Modi government tried to bring a new land acquisition law to benefit the rich and force the farmers to give away their land.

"Farmers in Maharashtra, Madhya Pradesh and Haryana have been protesting as they want a fair price. But the administration in these BJP governed states fired bullets and attacked them with sticks," Mayawati alleged.

The BSP chief said that the farmers are the backbone of the country but they were facing the government's apathy.

"The farmers are already under huge debts. They want relief from debts. The BJP has repeatedly made promises, but has not delivered," she said.