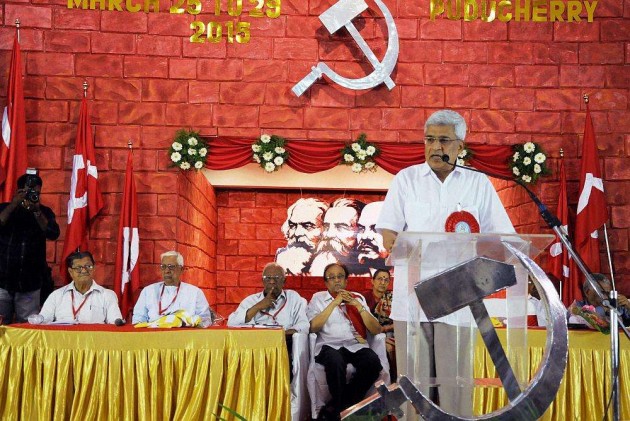 Former CPI-M General Secretary Prakash Karat has lashed out at the BJP government at the Centre, saying it was no different from the previous UPA regime in "indulging in corruption."

"There is no difference between the present BJP government and the erstwhile UPA Government regarding corruption," he said at a public meeting here last night.

"Both have indulged in corrupt practices. But unfortunately the DMK and AIADMK have failed to make any comment in Parliament on such corruption by the BJP," he said.

He wanted the Prime Minister to remove the three from power and conduct an inquiry.

"BJP captured power at the Centre promising a corruption-free government, but during the last 14 months of its rule, it has indulged in heavy corrupt practices," he alleged.

He claimed that only the CPI-M and left parties in the country were raising their voice against corruption.

Karat said the party would stage demonstrations and conduct meetings all over the country against BJP government's "anti-farmers" policy and its "corrupt practices."