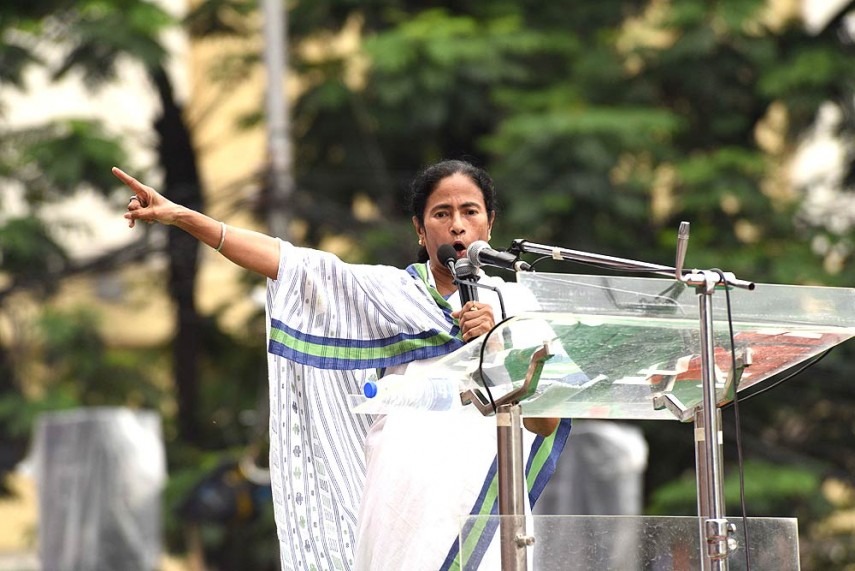 West Bengal Chief minister Mamata Banerjee today accused opposition BJP and CPI(M) of trying to flare up unrest in the Darjeeling hills and said the state government will never allow the division of Bengal.

"The BJP is trying to divide the country and our society. They are also trying to flare up violence and unrest in the hills.

"Darjeeling, Terai, Dooars are our pride. They are trying to divide Bengal. We will never allow the division," Banerjee said reiterating her stand.

Criticizing the CPI(M) for pursuing "double standards" with regard to the Darjeeling hills, she said, "There is no difference between the CPI(M) and the BJP on this.

"When the CPI(M) goes to the hills it says divide Bengal and when it comes down to the plains they stage walkouts (from discussions). This is their duplicity."

Banerjee had yesterday told the assembly that Darjeeling has been a part of West Bengal and she would not allow its division.

Life in Darjeeling hills has been affected due to the 'undeclared bandh' there, she had said and urged the hill parties to shun violence and come to the discussion table, for which the government was ready.

Such kind of agitation in the hills has become common in a 10-15 year interval and there had been a loss of Rs 550 crore and that the state administration had shown restraint, she had said at the house.

The indefinite shutdown in the hills is on for a straight 56 days over the demand for a separate Gorkhaland state, which is being spearheaded by Gorkha Janmukti Morcha.