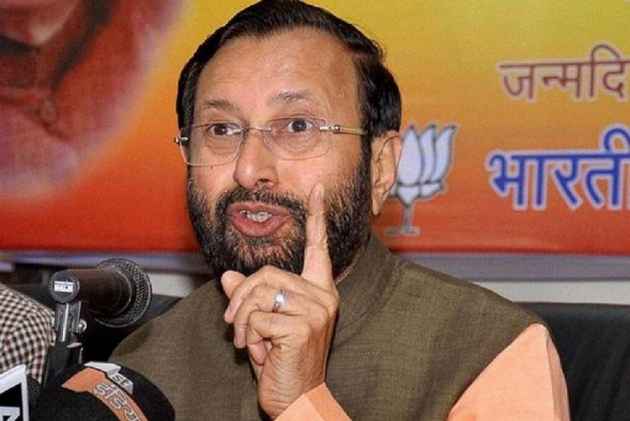 A day after CPI(M) general secretary Sitaram Yechury was heckled at the AKG Bhawan in Delhi, activists of the Democratic Youth Federation of India (DYFI) tried to disrupt a function here in which Union minister Prakash Javadekar participated.

They were protesting the manhandling of  Yechury by two alleged workers of the Hindu Sena during a press meet at the AKG Bhavan in New Delhi yesterday.

Some DYFI workers suddenly emerged from the audience during the graduation ceremony at Central University in Periye and waved black flags at the HRD Minister and raised slogans against the BJP government at the Centre, the police said.

Though the DYFI workers tried to get close to the stage when the minister was about to begin his speech, they were soon arrested and removed from the venue, they said.

The protesters entered the venue pretending to be students, a senior police officer said, adding that the function went ahead without any disruption.

Cutting across party lines, political leaders, including those from the Congress and the BJP, condemned the attack on Yechury.

State Chief Minister Pinarayi Vijayan alleged that it was a pre-planned attack by sangh parivar forces.