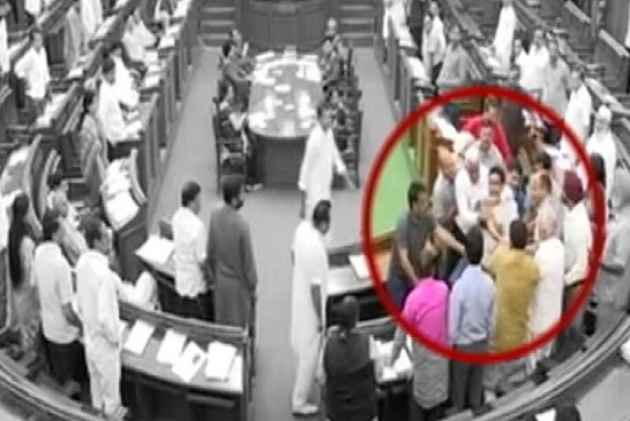 Screengrab of the video

Speaking to ANI, BJP leader Maheish Girri said, "This incident is very disheartening. The people of Delhi are watching and will soon walk up to Manish Sisodia and Arvind Kejriwal to beat them up for all the wrong doings that they are into. These leaders should resign as soon as possible and should be punished for this act too. If this incident can happen once, it can happen twice also but Delhi should get a new government for the betterment soon".

"The incident that happened in the Assembly is such an unfortunate one; it is totally disrespecting the law and order. An action should be taken in this matter or else many more such cases will happen in future," Punia told ANI.

The Delhi Assembly earlier in the day witnessed dramatic moments when Mishra was marshalled out following a scuffle with the party MLAs.

Mishra, once a close confidante of Delhi Chief Minister Arvind Kejriwal had levelled corruption charges against him and other AAP leaders, which created ripples in the city politics and dented the image of the party.

The AAP has denied the charges levelled by Mishra and has put him under suspension.