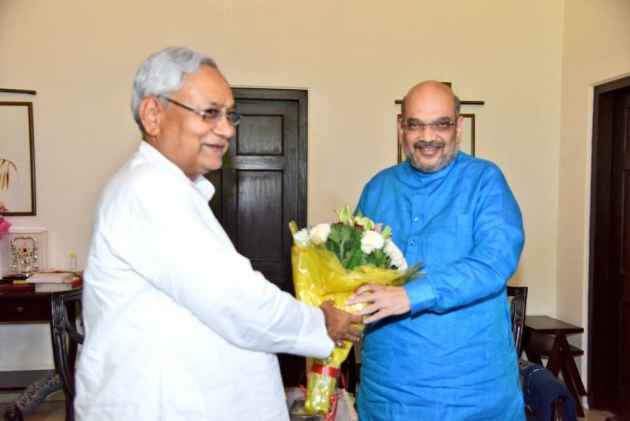 This is the first official development between Nitish and the BJP, post the debacle last month, with Nitish Kumar resigning as the Bihar Chief Minister and breaking ties with the grand alliance and then forming the government with the saffron party.


In a tweet Saturday morning, Shah spoke about their meeting on Friday and that he invited Nitish to join BJP's national coalition.

This was their first in-person interaction since Nitish reconfigured his government in Bihar to include the BJP last month.

Last month, BJP's mounting pressure on Nitish to oust then Deputy Chief Minister Tejashwi Yadav from the Cabinet led to the departure of JD-U and RJD led 'mahagadhbandhan' government in Bihar with Nitish's resignation.

This came after the CBI registered a corruption case against RJD chief Lalu Yadav, his wife Rabri Devi and son Tejashwi Yadav on allegations of awarding the tender for development, maintenance and operation of hotels in Ranchi and Puri in 2006.

Reasoning out the whole drama, Nitish Kumar reiterated that he quit the 'grand alliance' in Bihar for the development of the state. (ANI)