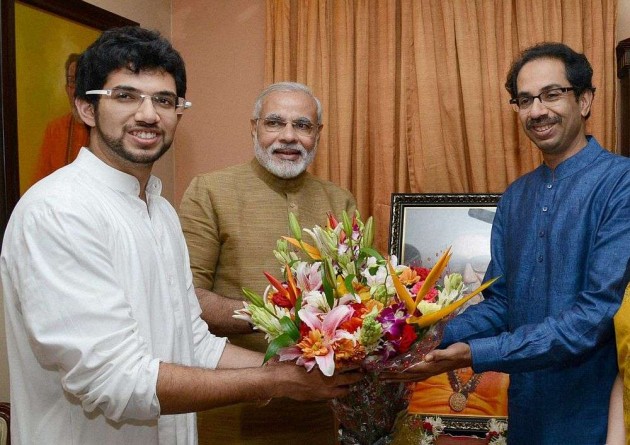 "BJP grew in Maharashtra by holding the hand of Shiv Sena. However, as soon as the party came to power at the Centre, it snapped ties with the Sena. By doing this, the BJP has back-stabbed late Balasaheb Thackeray," Shiv Sena's youth wing president Aditya Thackeray said here last night.

However, hours later, Prime Minister Narendra Modi said he will not a utter a word against Shiv Sena during the campaign for the October 15 Maharashtra polls as a mark of respect to Bal Thackeray.

"This is the first election in absence of late Bal Thackeray, for whom I have great respect. I have decided not to utter a single word against Shiv Sena. This is my tribute to Balasaheb Thackeray," Modi said at a rally in Tasgaon on the second day of his campaigning.

Accusing the Congress and NCP of indulging in corruption and holding them responsible for the problems like load shedding in the state, Aditya asked people to defeat these parties.