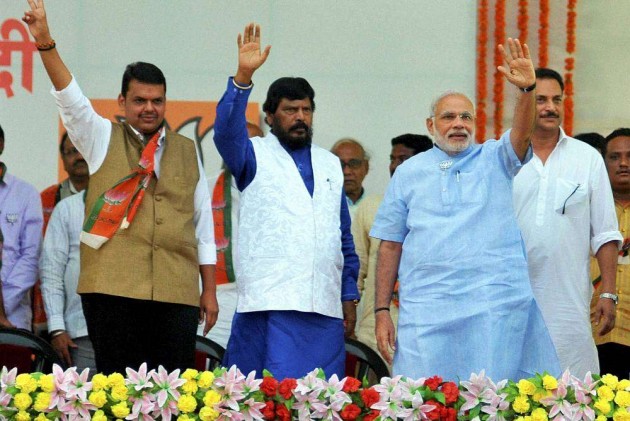 In an embarrassment for the ruling BJP, its ally Republican Party of India today spoke out against the de-recognition of an IIT-Madras students' body allegedly for being critical of Prime Minister Narendra Modi and termed the move an "attack on the freedom of expression".

Condemning the "injustice", RPI chief Ramdas Athawale said he would take up the issue with HRD minister Smriti Irani. The minister should have intervened in the matter and stopped the action by the premier technical institute, he said.

"The action has been an injustice and also an attack on the freedom of expression of the students. Even if they had attacked Prime Minister Narendra Modi, the action was unwarranted. De-recognising the students' body is not a solution to this.

"Ideally, the minister (Irani) should have intervened in the matter and put an end to the row," Athawale told reporters here.

However, he insisted that his party was very much a part of the NDA alliance.

He said there was an attempt to "brand" the students for being sympathetic to Naxal views and demanded that if that was the case, then the government should probe the matter rather than resorting to derecongnition of a students' body.

"Students' bodies everywhere slam and attack governments. That does not mean you de-recongnise them. The youths criticised the government over the 'ghar wapsi' issue and reduction of monetary allocation to the schemes for SCs and STs. I am also meeting the HRD minister to raise this issue."

IIT Madras is in the eye of a storm over the derecognition of the students' group, Ambedkar Periyar Study Circle, many of whose members are Dalits, following a complaint that it was critical of the Prime Minister.