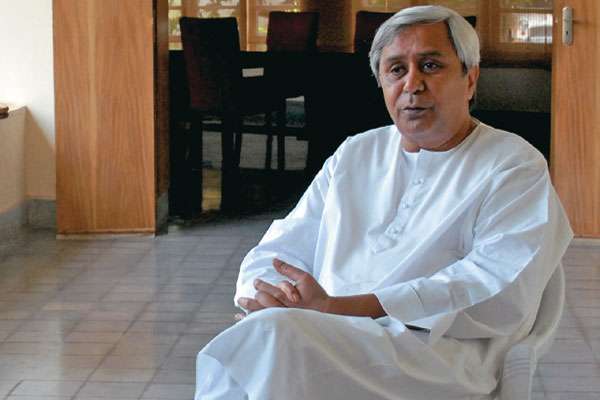 BJD and AIADMK today appeared to be keeping their options open on helping NDA form the government amidst BJP's contention that it would welcome support from anybody in the national interest.

UPA ally NCP, meanwhile, dismissed speculation about cosying up to the NDA. BJP leader Gopinath Munde also said his party will not "feel their need".

BJD chief and Odisha Chief Minister Naveen Patnaik and AIADMK supremo and Tamil Nadu Chief Minister Jayalalithaa said they were yet to take any decision on the issue of support and were awaiting the Lok Sabha poll results.

The comments came amid speculation that BJP leaders were in touch with these parties for support.

"No such thought has been given. No decision has been taken at the moment. We will see in the future," Patnaik told reporters here when asked whether he would support NDA if Odisha is granted 'special' category status.

When referred to the talk that NDA is the "best alternative", he replied, "I don't know about that. But I want to state clearly no thought (has been given) and no decision has been taken about any alliance."

He noted that BJD's policy has been to "keep equi-distance both from the BJP and the Congress".

However, BJD's chief whip Pravat Tripathy said, "Keeping in view the opinion of the whole country and the state's interest, there should be no problem in providing conditional support to NDA to form government at the Centre."

Senior BJD leader Jay Panda said the matter needs to be discussed within the party and a call on this will be taken by the party supremo.

"On this issue, Pravat Tripathi has suggested that conditional support can be given but this is an issue which needs discussion inside the party and ultimately the party leaders and president Naveen Patnaik will take the final call," Panda said.

Jayalalithaa, when asked in Chennai whether AIADMK would give support to NDA, said, "I am waiting for the results to be declared day after tomorrow, on May 16, as eagerly as every other citizen of this country. There is nothing more I can say now. Let us wait for the results. Then I will give you my comments."

Asked about the possibility of Third Front which she had earlier tried to build, she said, "I cannot make any remark on any other subject."

Odisha has 21 Lok Sabha seats and BJD is projected to do well in the polls.

Similarly, AIADMK is expected to do well in Tamil Nadu which has 39 seats.

There was also speculation that NCP was cosying up to BJP ahead of formation of the next government, after its leader Praful Patel said the country should have a "stable" government which will "decisively govern" for the next five years.

The NCP, however, dismissed it saying the party will remain with UPA.