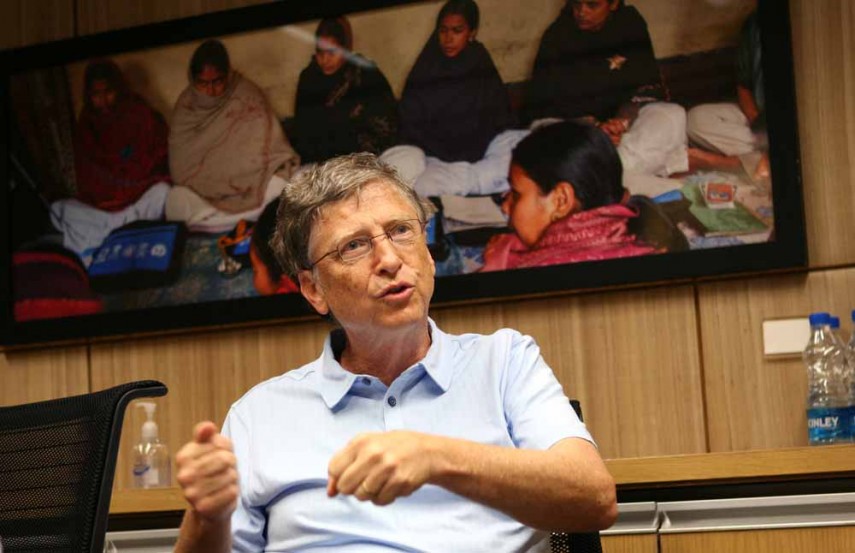 Microsoft's co-founder Bill Gates continued his reign as the world's richest person with a net worth of USD 75 billion, according to Forbes' annual ranking of billionaires, with Reliance Industries Chairman Mukesh Ambani leading the pack of 84 Indian billionaires in 2016.

Their aggregate net worth is USD 6.5 billion, USD 570 million less than last year.

Gates remains the richest person in the world with a net worth of USD 75 billion, despite being USD 4.2 billion poorer than a year ago. He has been number one for 3 years in a row and topped the list 17 out of 22 years.

Forbes said Ambani, 58, has retained his position as India's richest person despite shares of his oil and gas giant Reliance Industries taking a hit due to lower oil prices.

He is ranked 36th on the list with a net worth of USD 20.6 billion, the magazine said, adding that "the USD 62.2 billion (revenues) firm is likely to resume buying crude oil from Iran after the lifting of sanctions."

Occupying the second spot on the list is Spanish billionaire Amancio Ortega, founder of closing retail giant Zara and the richest man in Europe.

Forbes' 221 people fell off the list, while 198 newcomers joined the ranks of billionaires in 2016.

Apart from Gates, Buffett held steady in the top 20.

Facebook founder Mark Zuckerberg had the best year of all billionaires. The 31-year-old added USD 11.2 billion to his fortune and moved up to No. 6 from 16. He and Amazon's Jeff Bezos both make their first appearance in the top ten of Forbes' annual ranking of the world’s wealthiest.

In another first, billionaire from China's mainland, Wang Jianlin, whose company owns AMC Theaters climbed into the top 20.

Among the most notable newcomers are Cameron Mackintosh, the first theater producer to make the billionaire ranks; WeWork’s Adam Neumann and Miguel McKelvey and Pinterest’s Ben Silbermann and Evan Sharp.

Neumann, Silbermann and Sharp are three of a record 66 billionaires under the age of 40.

The youngest billionaire in the world is a 19-year-old Norwegain heiress, Alexandra Andresen, who has a 42 per cent stake in her family’s business.

Forbes said another new entrant worth mentioning is Zhou Qunfei, whose USD 5.9 billion fortune from smartphone screens is enough to make her the richest self-made woman in the world.

The US has 540 billionaires, more than any other country in the world, followed by mainland China with 251 (Hong Kong has another 69) and Germany with 120.