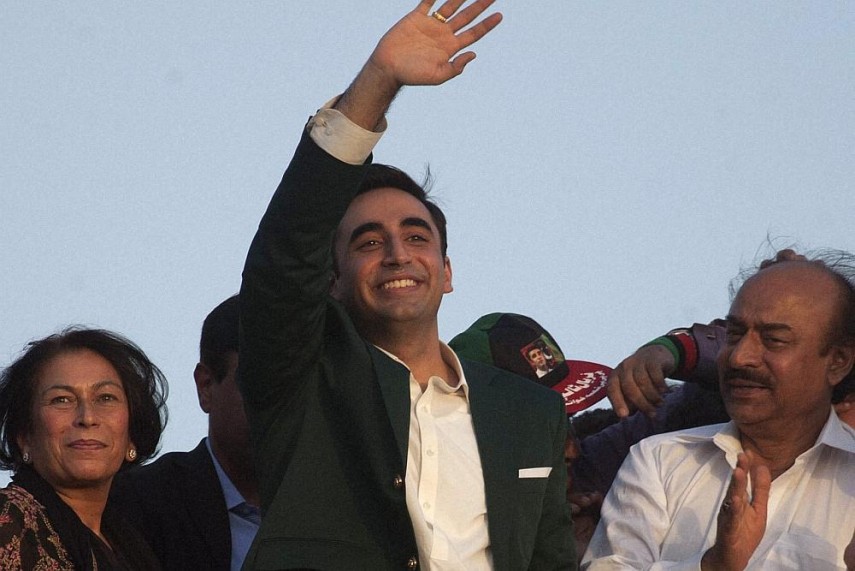 Prime Minister Narendra Modi should first account for the alleged "atrocities" committed by India in Kashmir before talking about Balochistan, Pakistan's main Opposition leader Bilawal Bhutto said today and vowed to maintain the country's sovereignty at every cost.

Taking exception to Modi's statement about Balochistan and Gilgit-Baltistan from the ramparts of Red Fort on August 15, Bilawal said that the words used by the prime minister were "highly provocative, irresponsible and inflammatory".

"Modi should first stand accountable to the international community for unending and perpetual atrocities against Kashmiris, Muslims and Dalits in Kashmir and in India," said Bilawal, chairman of Pakistan People's Party (PPP).

"Balochistan is an integral part of a democratic Pakistan and follies of a dictator cannot empower the Indian Prime Minister to speak on our internal issues," he said.

Bilawal said that Kashmir was under curfew and "many innocent Kashmiris" have been killed in the last two months.

"Modi may have some yaars (close friends) in Pakistan but the people of Pakistan won't tolerate such language from him against Balochistan or any other integral part of Pakistan. We are a sovereign nation having all the tools to maintain our sovereignty at every cost," he added.

He said that his party along with all the democratic forces of Pakistan have condemned the outrageous remarks of Modi and asked him to allow the right of self-determination to the people of Kashmir under UN aegis instead of dilly-dallying and prolonging the issue.

"Attempts to divert the attention from world's only nuclear flashpoint Kashmir won't work," he said and called upon the United Nations Security Council to "intervene immediately" to halt Modi from dragging the region to war.

Modi had made a mention of atrocities committed by Pakistan in Balochistan in his Independence Day speech.

"From the ramparts of the Red Fort, I want to express my gratitude to some people -- the people of Balochistan, Gilgit and Pak-occupied-Kashmir -- for the way they whole-heartedly thanked me, the way they expressed gratitude to me, the way they conveyed their goodwill to me recently," Modi had said, kicking up a war of words between the two nations.