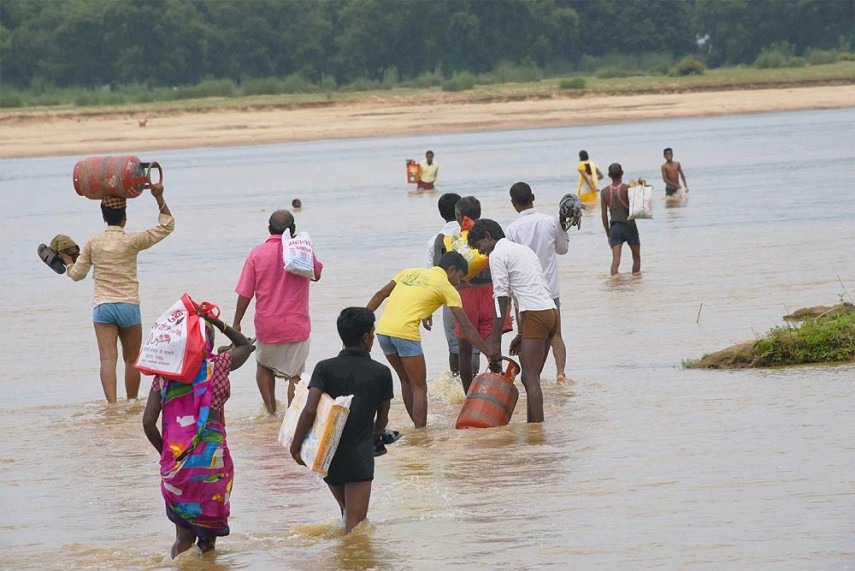 The toll in Bihar floods rose to 153 today while the number of those marooned in 17 districts of the state crossed the one-crore mark.

Araria district accounted for 30 deaths, West Champaran 23, Sitamarhi 13, Madhubani 8 and Katihar 7. 11 each have died in Kisanganj, East Champaran and Supual and 9 each in Purnea and Madhepura.

Four deaths each were reported in Darbhanga, Gopalganj and Saharsa, 3 each in Khagaria and Sheohar, 2 in Saran and 1 in Muzaffarpur, Special Secretary in the Disaster Management Department Anirudh Kumar said.

Saran was included in the list of affected areas today, taking number of districts under water to 17, Kumar said.

The toll due to the floods triggered by rains in Nepal and northern parts of the state stood at 119 yesterday, and 98 lakh people in 16 districts were hit.

A total of 3.92 lakh people are putting up in 1,289 relief camps in different parts of the state, he said.

Chief Secretary Anjani Kumar Singh, Principal Secretary in the Disaster Management Department Pratyay Amrit and his counterpart in the Health Department R K Mahajan were among those who attended the meeting.

During the meeting, the CM gave orders for intensive airdropping of food packets in Kursakanta, Palasi, Sikti and Jokihaat in Araria and the Sugauli area in East Champaran, an official statement said.

He directed the Road Construction Department to restore the road from Kisanganj to Araria via Bahadurganj by tonight to facilitate relief and rehabilitation work at a warfooting.

Kumar also instructed officials to establish contact with the Border Road Organisation for repairing of damaged roads and bridges.

A delegation of Rashtriya Lok Samata Party (RLSP), an ally of the BJP, under Union minister of State for HRD Upendra Kushwaha handed over a cheque of their one month salary to the CM.

Senior JD(U) leader Shyam Rajak also gave a cheque of Rs 81,000, including his one month salary and perks.

Train services continued to be hit due to floods.

An East Central Railways statement said the Guwahati Express ended its journey at Patna itself.

A total of 28 National Disaster Response Force teams comprising 1,152 personnel are rendering services in the marooned areas with the help of 118 boats.

A total of 16 teams of the State Disaster Response Force comprising 446 personnel are helping people in the flood -hit areas with 92 boats.

Seven Army teams with 2,228 personnel are assisting relief and rescue operation with the help of 280 boats, a state Disaster Management Department release said.

The Special Secretary in the Disaster Management Department said 1,765 community kitchens are catering to 3.44 lakh people in several flood-hit areas.