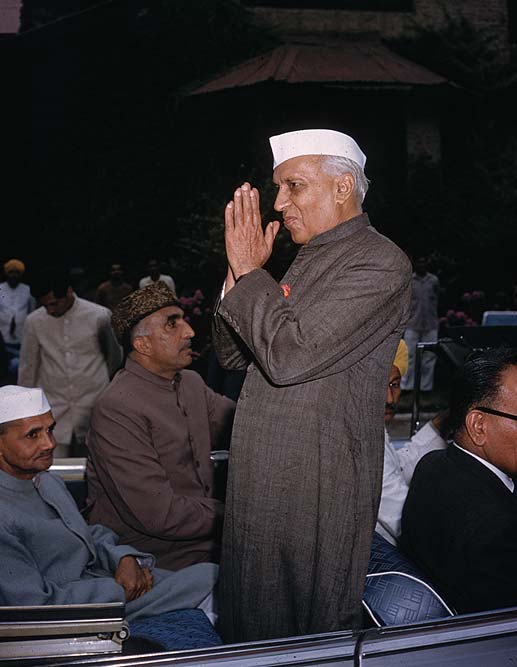 Print
A
A
A
increase text size
Outlook May 27, 2016 12:54 IST Bhopal: IAS Officer, Who Praised Nehru in Facebook Post, Transferred

An IAS officer who had praised Jawaharlal Nehru in a Facebook post, has been transferred by the Madhya Pradesh government.

Ajay Singh Gangwar who was the Barwani District Collector, was transferred last night as Deputy Secretary in the Secretariat in Bhopal. Gangwar had been promoted to the IAS cadre from the state service in 2005.

"The state government has transferred Barwani Collector Gangwar as Deputy Secretary in the Mantralaya in Bhopal," a state Public Relation Department official said.

In the Facebook post written in Hindi, which has gone viral on other social media platforms, Gangwar has written that "let me know the mistakes that Nehru should not have committed...Is it his mistake that he prevented all of us from becoming Hindu Talibani Rashtra in 1947?

According to the government official, the FB post had not gone down well with the top officials as it was in "violation" of the service rules, following which an initial probe was conducted and Gangwar was transferred.

Ever since the Facebook post had gone viral, there was talk that Gangwar could be shunted out of the district. However, his transfer order did not mention anything about his Facebook post on Nehru, the official added.

On his Facebook post, Gangwar said it was his personal opinion and nothing more should be read into it.

"It was my personal opinion and I stand by it. It was meant to educate future generations about the contribution made by Pandit Nehru and nothing more should be read into it," Gangwar told PTI.

On his transfer, Gangwar said, "It is a pure administrative matter and the government has a right to do so."

Terming the transfer as a "murder of democracy", Madhya Pradesh Congress President Arun Yadav asked, "Whether a person who is a collector has a right to have his personal opinion. Was it such a big fault that he was transferred overnight?"

Continue FREE with Ads Pay Rs. 1 to Read Without Ads
READ MORE IN:
Jawaharlal Nehru Society
Next Story : US Asks Pakistan to Cooperate With India on 26/11 Probe
Download the Outlook ​Magazines App. Six magazines, wherever you go! Play Store and App Store