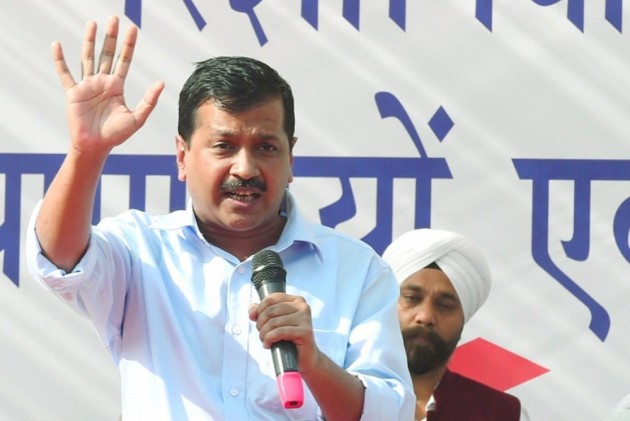 If Badal changes his mind and plans to contest from any other seat, Bhagwant Mann will follow him, he said at a rally in Jalalabad, Badal's political home-turf, on the first day of his 11-day tour of poll-bound Punjab.

"Tomorrow, I will also make public the details of Swiss bank accounts of Punjab Congress chief Amarinder Singh and his family members. He has amassed huge wealth by looting Punjab when he was the chief minister from 2002 to 2007," the Delhi Chief Minister alleged.

Mann, who was accompanying Kejriwal, said he was ready to take on Badal.

"In AAP, it's a trend. Kejriwal started it. He trounced former Delhi chief minister Sheela Dixit twice. I feel honoured that this opportunity in Punjab has been given to me," the MP said, daring Amarinder to fight polls in Jalalabad instead of his traditional seat of Amritsar.

Kejriwal alleged that Amarinder had amassed huge wealth during his tenure as chief minister and transferred this "loot" to foreign accounts of his son Raninder Singh and wife Parneet Kaur.

"They have been summoned by law enforcement agencies including the Income-Tax Department and the Enforcement Directorate," he said.

Meanwhile, responding to Kejriwal's threat to release documents to prove he and his family had foreign bank accounts, Amarinder described it as yet another theatrical gimmick by the AAP national convener.

Attacking the SAD-BJP government, Kejriwal said, "After Amarinder, the Akalis have plundered Punjab in its 10 years of misrule. Akali mafia runs every business -- transport, liquor, cable, mining, hotel or land."

"Bikram Majithia is running a drug racket in Punjab and I challenge him to get me arrested within the remaining two months of the SAD-BJP rule. If AAP forms government, I will put him behind bars," he said.

However, he did not make a mention of the three-day ultimatum, which ended today, to the Centre to roll back its decision to scrap Rs 500 and Rs 1,000 currency notes.

Meanwhile, SAD president Sukhbir Singh Badal said Kejriwal was hiding behind "proxies" and dared the AAP chief to contest against him from Jalalabad in the Assembly polls.

"Kejriwal wants to become the chief minister of Punjab, but is running away from contesting the elections. You can easily test your popularity by contesting against me from Jalalabad," he said.

"Why don't you make a statement regarding this during your ongoing visit to Punjab. Let the people also know your mettle. Are you only good at fighting through others and proxies or do you have it in you to bite the bullet too?" Badal asked.

On Mann's candidature, Badal said "proxies" can never put up a fight.

"Everyone including Mann knows that he is being put into the fray to finish him politically. Kejriwal has through a series of steps, including his insistence not to give tickets to any of Mann's loyalists, finished him in the party," the SAD president claimed.

Now he wants to take Mann out, electorally. This is why he is making him shift from Sangrur district to Ferozepur where people don't even know him, Badal said.