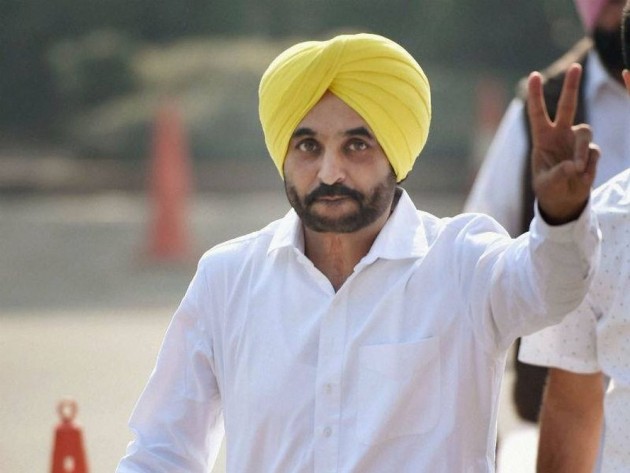 The party also decided to constitute a separate Political Affairs Committee (PAC) for Punjab so that the state unit may take independent decisions.

At a meeting of the AAP Political Affairs Committee (PAC) in New Delhi, a roadmap to revamp the Punjab unit of the party was also approved.

While Mann was appointed as the convener, AAP's MLA from Sunam, Aman Arora was chosen as the co-convener.

The PAC headed by national convener Arvind Kejriwal at New Delhi approved the new appointments after a marathon meeting with MLAs, those in-charge of zones and heads of frontal organisations of the party, a spokesman said here.

The party's national leadership held one to one as well as collective meetings with MLAs and other office bearers before taking final decisions in the PAC.

The committee also decided to appoint four vice- presidents in Punjab. Two of these would be from Malwa region and one each from Doaba and Majha region.

The party spokesman said that Bhagwant Mann in his capacity as state convener would be responsible for all party affairs and Aman Arora would specially work to build structure of the party in state.

The party would take holistic approach towards all issues to refurbish the party base in Punjab.

The spokesman said that AAP would launch a fresh offensive against the Capt Amarinder Singh led Congress government and will counter the Government on various promises it had made with the people during elections.

The PAC has directed the state unit to go back to people of state and make the Congress government accountable on every promise.