Better Sense Will Prevail With BJP to Resume Talks: Musharraf 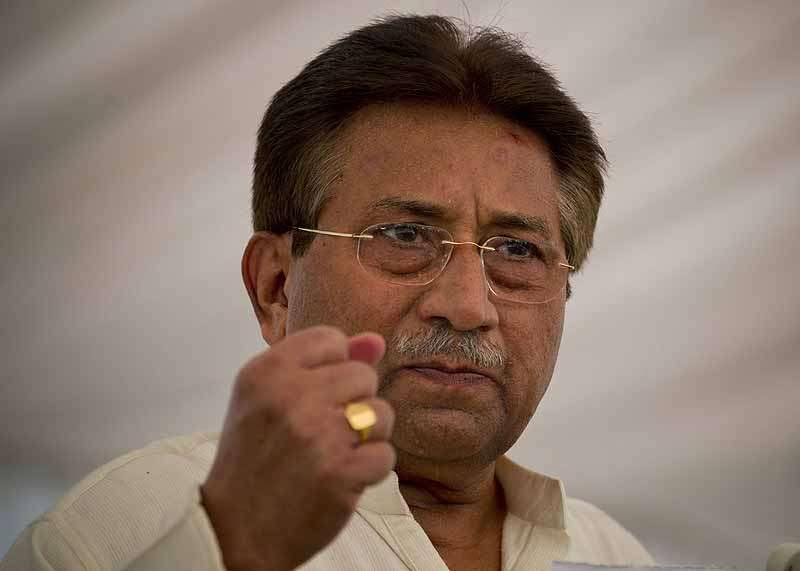 Print
A
A
A
increase text size
Outlook November 03, 2015 20:22 IST Better Sense Will Prevail With BJP to Resume Talks: Musharraf

Pakistan's former President and military dictator Pervez Musharraf has voiced hope that "better sense will prevail" in the BJP government and it will eventually resume talks with Pakistan despite the current anti-Pakistani and religious intolerance in India.

"I know eventually better sense will prevail in the BJP government as well. We have dealt with both Congress and BJP governments and the only way forward is to have constant dialogues to resolve outstanding issues," he said.

Musharraf was speaking at the launch of the book Neither a Hawk nor a Dove by former Pakistan foreign minister Khurshid Mahmud Kasuri here yesterday.

With former Indian petroleum minister Mani Shankar Aiyar and Observer Research Foundation (ORF) Chairman Sudheendra Kulkarni - who was sprayed with black paint by Shiv Sainiks for organising Kasuri's book launch in Mumbai last month - in attendance, Musharraf said Indo-Pak relations were good during his tenure and many disputes were close to resolution.

He added that Sir Creek was demarcated by both navies and the lines to be drawn in the Siachen were ready.

"I regret that we were so close yet so far," Musharraf said while responding to a question.

He said that while he was President, there were four frameworks on which India and Pakistan had nearly reached consensus on Kashmir issue.

It included gradually decreasing military presence in Kashmir, ensuring self-governance in the region, forming an overseeing body for Kashmir, and making the Line of Control (LoC) irrelevant by opening out six routes for the movement of the people.

Musharraf added that long festering disputes between the two countries can only be resolved through talks.

However, while referring to 1999s Kargil war, the former general said that "it was a military victory converted into a political defeat".

He also said that Kasuri's book "clarified the misconceptions" that the Pakistan Army was opposed to peace with India.

"The army is for peace with India, but with honour, dignity and sovereign equality," he added.

Kasuri, who served as foreign minister under Musharraf, said that both India and Pakistan had failed to take advantage of a "historic" opportunity to resolve their disputes during Musharraf's tenure, including the Kashmir issue.

"But, I think Pakistan and India must build on the framework of that understanding in that period to move forward," he said.

Kasuri said it was crucial that India sought peace with its neighbours, especially Pakistan, if it wanted to assume the role of a global leader.

"If Modi wishes to be successful, he needs to sit at the table with Pakistan," he added.

Echoing Musharraf's views, Aiyar said good sense and dialogues with Pakistan will Pakistan resume only when the Congress comes back to power.

He said it was "disturbing" that the Indian government, as well as two successive governments in Pakistan, had failed to acknowledge the agreements during the Musharraf-Kasuri days.

"All this would have disappeared if Kasuri had not written the book," he said, adding that it was note-worthy that several issues have been resolved when the military was in power in Pakistan.

Kulkarni said he remained optimistic about the future of relations between the two countries.

"It is a fact that (Prime Minister Narendra) Modi's foreign policy at the moment is not clear and is here and there but eventually I am sure it will flip in favour of peace talks," he said.

Kulkarni also went on to add that terrorism and religious extremism were common threats to both the countries.

"Let's cooperate to remove the threat," he said as he stressed on the need to de-demonise Mohammad Ali Jinnah and recognise him as a great humanist and great leader.

The ORF chief was given a standing ovation when he came on the stage and noted that in Karachi, he met with Hindus at the Swami Narayan temple and also Marathi-speaking people, and they all claimed to be proud Pakistanis.

"Shiv Sena needs to realise this," he said at the event organised by the Karachi Council on Foreign Relations and the Oxford University Press that saw some high-profile attendees, including foreign secretary Salman Haider.