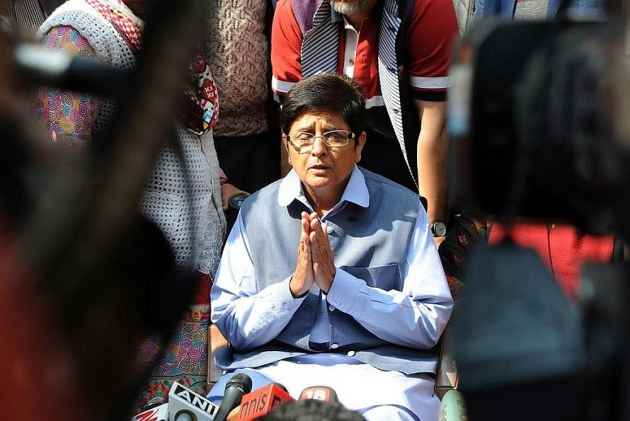 With the gruesome Rohtak gangrape still sending chills down the spine of the nation, Lieutenant Governor of Puducherry Kiran Bedi on Tuesday urged parents across the nation to keep an eye on their boys

Parents who wish for a son must realize what kind of man their young boy is developing into, an asset for society or a violator and social threat, Bedi opined.

"Haryana kind of brutal murder with rape and gang rapes will not go away till parents realise their responsibility of careful and watchful nurturance," said Bedi.

"Parents want a son. But what kind? One who secures their future and become an asset for society or a violator and social threat. Good nurturance gives the society protectors too," she added.

Bedi further slammed the people who prefer boys over girls and said, "Daughters are kept under close watch and restraint for fear of their security, boys are let loose to grow up by themselves. They leave home when they want, return if they want and whenever they want? And also in a manner they are in. (In many cases drunk and addicted)."

"Such boys grow up in bad company over which their parents almost surrender to. They have no control as they are scared the son may leave home, as he is their main social security in senior age. Unless we reign in the nurturance at home by same ( insecure) parents who (usually) preferred boys over girls, and also schooling women will remain vulnerable to such gang assaults to meet the carnal desperation of wayward boy/male gangs. It's the same parents restraining daughters and the same ones feeling threatened by their own sons."

Taking a dig at the hapless situation of the nation in connection with women security Bedi said that instead of "Beti Bachao --Beti Padhao", the new slogan for the nation should be "Beti Bachao Apni Apni."

Speaking about the laws and policing needed to create a safe environment, Bedi said uniformity in speed and intensity needs to be maintained

A Haryana District court on yesterday send the two accused in the brutal Rohtak gang-rape case, to seven days in police remand.

The accused will be produced before the Sonipat District court next on May 22.

"Two of the culprits have been nabbed. The police is actively investigating the matter. Culprits involved in such ghastly acts won't be spared, will ensure speedy justice by fast track courts," Khatta told the media here.

Also, Haryana Sports Minister Anil Vij has informed that teams have been formed and are being deployed to nab the remaining culprits.

"All forces have the deployed so they may get the maximum punishment they deserve," he told ANI.

On May 9th, a woman was brutally gang-raped and murdered, wherein later her mutilated body was found in an empty plot in Haryana's Rohtak.

The incident came to light when the victim's body was found in the city's IMT area.

The victim had allegedly refused a marriage proposal, following which the accused reached her home a week later with his friends.

A heated argument broke out which resulted in the woman slapping him.

In revenge, the accused along with his friends allegedly raped and murdered her.

The family of the victim said that on May 9, at least five to six youth abducted her from the gate of a private company.

After that the accused took her to a deserted place and gang-raped her.

The victim's mother said that the accused have been pressurizing the woman for marriage for the past one year.

The forensic reports suggested that the victim was mutilated with sharp-edged weapons.

Later, the accused tried to run her over to hide her identity.

"The victim was tortured and her body was mutilated after the gang rape. She was killed after being raped involving at least seven people.

Her skull was smashed in a way which indicates that she was run over by a vehicle in order to hide her identity," the forensic team has stated.

The victim was living with her mother and brother and used to work in a private medicine company.

The woman's parents had filed a missing complaint, based on which the police tracked her parents down.

The parents were called to Rohtak to identify her body.

The distraught parents have claimed that this ghastly attack was carried out by the girl's neighbour and have demanded capital punishment for the rapists. (ANI)