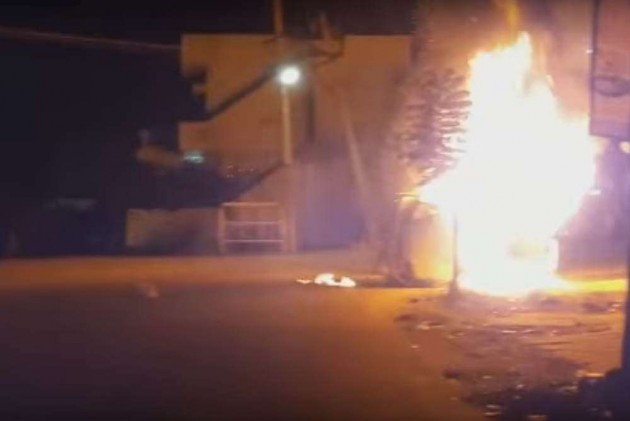 A Tanzanian woman student was allegedly beaten up and stripped by a mob in a "mistaken identity" after a woman was mowed down by a car in Bengaluru.

The 21-year-old Tanzanian doing her BBM course was dragged out of the car in which she was seated along with her three friends after it was stopped by the mob shortly after they reached the accident spot on Sunday night, according to All African Students Union(AASU) in Bengaluru today.

External Affairs Minister Sushma Swaraj called the incident shameful. "We are deeply pained over the shameful incident with a Tanzanian girl in Bengaluru," she tweeted.

"I spoke to the Chief Minister Karnataka. He informed me that a criminal case has been registered and four accused have been arrested.

"I have asked the Chief Minister to ensure safety and security of all foreign students and stringent punishment for the guilty," she said.

The Tanzanian woman was stripped by a section of the mob and pushed out of a slow moving bus that was passing by as she tried to board it to escape from them, the AASU Legal Adviser Bosco Kaweesi told reporters in Bengaluru.

Three others were also beaten up.

He said she had no connection with the accident which had happened much before and alleged that the police "was not so helpful" when they were approached.

Police Commissioner N S Megharikh said after the accident, which claimed the life of a 35-year old woman, the driver of the car was assaulted and he was taken to hospital.

The driver had not mentioned anything about the assault of the woman, he said.

The driver is in police custody.

Megharikh said police came to know today that the woman had been assaulted following which her statement had been recorded by the Deputy Commissioner of Police. "We have taken up the case for assault on the woman," he said.

A section relating to molestation had also been invoked, he added.

He said a mob of 200 to 300 people were present after the accident but the police had brought the situation under control after the mishap.

The Tanzanian woman and her friends had reached the spot later, he said, adding, the mob mistook them for having been responsible for the mishap.

"It was mistaken identity."

Megharikh said the police were trying to identify the people involved and they would be arrested.