Beef Eating Is a Non-Issue: Rao 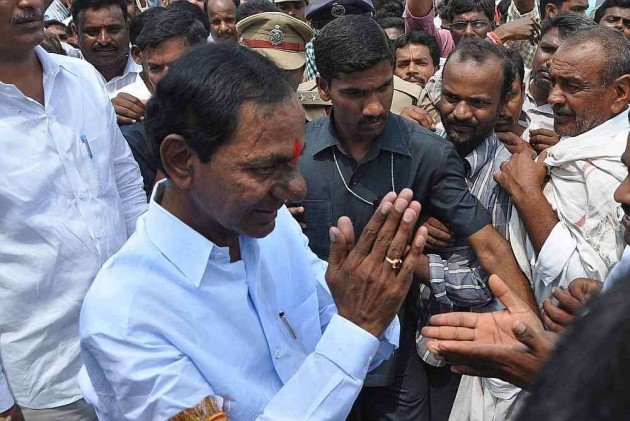 Telangana Chief Minister K Chandrasekhar Rao today said eating habits depend on availability of food but some political parties are trying to turn beef eating into an issue.

"Beef eating is there everywhere in the world. In China, they eat snakes and frogs too. Whatever they want to eat they will eat. Why there is a fuss about it I don't understand. Political parties are making it an issue and politicising beef eating. It is unfortunate. People will eat whatever is available to them. This is a non-issue," he said.

"It is unfortunate that politics in this country is centering around this issue," Rao added, responding to a question about AIMIM chief Asaduddin Owaisi's remark that if his party lost the Greater Hyderabad Municipal Corporation (GHMC) elections, beef eating would be banned in the city.

On the campaign by TDP leader and Andhra Pradesh Chief Minister N Chandrababu Naidu for Hyderabad civic polls, Rao said it was a "futile" exercise and he should concentrate on his own state.

"Chandrababu Naidu was CM (of united AP) for nine years. Why all the problems (of Hyderabad) I mentioned now were not solved? Why power supply has not improved? He can do a lot of work in his state...Campaigning in these elections is irrelevant to him. TDP was in power for 17 years. People do not believe if they say they would develop the city," he said.

Rao expressed confidence that Hyderabad citizens will vote for TRS for the development works his government has undertaken.