Heeding to the demands of some affiliated state units, the BCCI has decided to convene an Emergent Working Committee meeting here on April 20 to take stock of the developments relating to the case before the Supreme Court regarding IPL spot-fixing and betting scandal.

"BCCI Working Committee meeting has been convened on April 20 in Mumbai," BCCI's vice-president Ravi Savant told PTI from Dubai where the first phase of the seventh edition of IPL commenced yesterday.

The meeting, scheduled at 3 pm, comes in the wake of Supreme Court making it clear yesterday that N Srinivasan cannot head BCCI till he comes out clean in a probe conducted against him and 12 others, including India-capped cricketers whose names have been mentioned by Justice Mudgal Committee report in the IPL betting and spot fixing scandal.

At least six affiliated state units, including Rajasthan Cricket Association, had sought an emergent Working Committee meeting of the BCCI on Sunday to discuss matters related to the Supreme Court case.

K K Sharma, Officiating Secretary of RCA, in a letter to BCCI Acting President Shivlal Yadav, said that they were unaware of who's instructing the counsel appearing for the Board in the Supreme Court.

"We have noticed the observations of the Supreme Court during hearing. We are unaware as to who is instructing the counsel appearing for the Board in the said matter. The issues have never been discussed at a Board Meeting and no Board Meeting has been convened in this regard," Sharma said in his letter.

"We do not want that the stance taken by the Board should damage the reputation of Board and Players and therefore we request you to convene an Emergent Working Committee meeting of the Board on 20.04.2014 at the Headquarters of the Board in Mumbai to discuss matters pending before Supreme Court as the said matter is now listed for 22.04.2014. We feel that the Board Counsel should be instructed about Board decision and should not take instructions from certain individuals."

Besides RCA, a few other state associations of the BCCI have also shot off similar letters to the Board.

"At least five or six affiliated members of the BCCI have written letters to BCCI on similar lines," said Niranjan Shah, former secretary of BCCI and current secretary of Saurashtra Cricket Association which, however, is not part of the Working Committee. 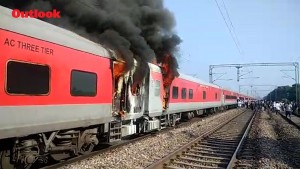