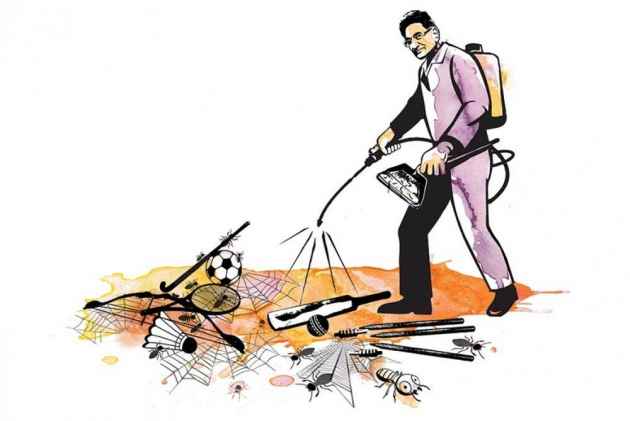 The seven-member special committee of the Board of Control for Cricket in India (BCCI) on Saturday said that it has reservations on four points of the Lodha Panel recommendations.

The recommendations that have been narrowed down by the committee are -- one state one vote, team selection panel, cooling off and demarcation functions of professionals and official bearers.

"After today's meeting we have reservations on four points cooling off period, one state one vote, balance of jurisdiction in roles of office-bearers and cooling off period for apex council will be reviewed," said BCCI acting secretary Amitabh Choudhary after the meeting.

The committee headed by Indian Premier League (IPL) chairman Rajeev Shukla, with Amitabh as its convener, has Sourav Ganguly, T.C. Mathew, Naba Bhattacharjee, Jay Shah and Anirudh Chaudhry as its other members.

The mandate of the committee was to "identify the few critical points in respect of the said judgement for the general body of the BCCI to consider before its submission to the Supreme Court".

The first meeting of the committee was held on June 30.

Earlier in a landmark judgment on July 18, 2016, the Supreme Court accepted major recommendations of Justice R.M. Lodha-led panel on structural reforms in the BCCI and had given six months deadline to the board implement the recommendations.

On October 1, the board had accepted many of the "significant recommendations" of the Lodha Committee, but excluded the important ones which have been a bone of contention between the cricket body and the Lodha Panel.

The recommendations, which have still not been accepted by the 30-member committee, include one-state one-vote, age limit of 70 years, cooling-off period of three years which included the tenure of the administrators, continue with the five-selectors and retaining the powers of the president and secretary as per the earlier constitution of the board. (ANI)